Maarten Noyons created the awards in 2004. What began with only 85 entries has evolved into a yearly event that averages over 800 studios participating from all over the world!

From 1MB to 1GB: A Long History of Discovering the Best Games

Maarten Noyons created the International Mobile Gaming Awards in 2004. What began with only 85 entries has evolved into four yearly events with hundreds of studios, developers and publishers participating from all over the world.

Back in 2004, games were made for phones with a resolution of 176 x 220 pixels and had to be below 1MB in size. Now games are running on devices with 2,048 x 1,536 pixels, and many games are often larger than 1GB. The first IMGA only half a day to judge, but now there are more than 3000 entries every year. Each edition now requires 15 to 20 judges to make the final decisions – and that’s after the games have been pre-selected by dozens of online judges!

70% of the entries came from Europe in our first year, with some also coming from the US. Today games are coming in from 64 countries, with entries equally divided between the Americas, Europe, Asia and the rest of the world. Entries from South America, the Middle East and Africa are on the rise. IMGA has grown with the mobile gaming industry, and we are proud to have witnessed this amazing evolution!

2004: With the mobile games market slowly but surely growing up, it was time to create an event focused on rewarding the best games and developers in the mobile industry. The 1st IMGA competition launched with 85 entrants and a ceremony is held in Barcelona during GSMA’s Mobile World Congress.

Curious about mobile games in 2004? Read Behind the scenes of the 1st IMGA. 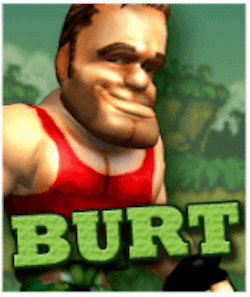 2005: In 2005, Augmented Reality Tennis won the Grand Prix, providing early proof that augmented reality could conquer the mobile games world! This game was a very exciting experiment using this “new-technology” (although it was already used in the early 1990’s). It was entirely built by PhD student Anders Henrysson. From that year onwards, we kept an eye on new developments in augmented reality games which enabled us to highlight the latest trends, concepts, designs and technologies.

Curious about mobile games in 2005? Read Behind the scenes of the 2nd IMGA.

2006: This year, location-based game,Triangler won the Grand Prix. To try the game, we met with the jury in a park in Barcelona on the Saturday before the Mobile World Congress, and the creators of Triangler became our guides and connected us to a team from the Netherlands. The game was a lot of fun and all jury members were enthusiastic!

Curious about mobile games in 2006? Read Behind the scenes of the 3rd IMGA.

2007: After the success of Triangler, we decided to launch a new category, the Real World Game category, which showcased manyand great experiments. 2007 was also a moment where a few powerful Nokia phones were showing a blink of the future of mobile gaming.

Curious about mobile games in 2007? Read Behind the scenes of the 4th IMGA. 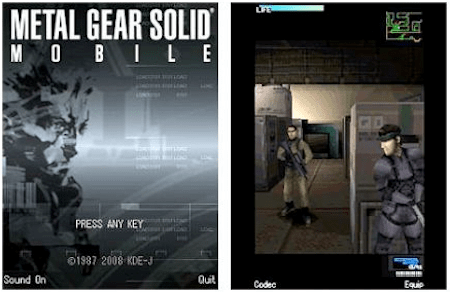 The Rise of Mobile Gaming

In the early years, most mobile games were interesting attempts to make a video game within incredibly rigid limitations. If you were used to playing games on PCs or consoles, mobile games generally seemed ridiculous -- like watching a mediocre programme on a black & white television instead of going to the cinema and enjoying a great movie with surround sound. Why would you do such a thing?

But in 2008, the big gap between PC and mobile games started to shrink. Technically great things were achieved, but business-wise, it was still quite difficult for small game developers to truly embrace their destiny and make a living from their creations. Another milestone during these years: the launch of the iPhone unveiled by Steve Jobs on Jan. 9, 2007.

2008: This was a special year as there was not a Grand Prix winner. Why It was the very first time the jury could not reach a unanimous verdict on the Grand Prix because there were too many games of an equally superior quality, and the opinions were too divided. All the awarded games stood out in their own way, and at the time, seemed like they had the potential to make history.

Curious about mobile games in 2008? Read Behind the scenes of the 5th IMGA.

2009: That year saw the participation of the now world famous Angry Birds. Rovio made a lot of improvements on the game in the months following their nomination, and CEO Mikael Hed came to the final judging session in person to present the game.

Curious about gaming trends in 2009? Read Behind the scenes of the 6th IMGA.

2010: Just a few days before our 7th IMGA ceremony, Steven Elop announced Nokia’s partnership with Microsoft. What did it mean for mobile gaming? Nokia’s partnership sparked the idea that perhaps a third platform for mobile games would be created, following leaders iOS and Android. It was a nervous time for the mobile gaming market, with different app stores being launched by everyone. Suddenly you could buy games from iTunes, Google Play, eBay, Amazon, and more. There were a total of 147 app stores out there – and a lot of competition for mobile gaming revenue.

Curious about mobile games in 2010? Read Behind the scenes of the 7th IMGA.

2011: This was another year of change, development and progress for mobile gaming - and another great year for celebrating excellence and innovation in mobile games. From Epic Games’ award-winning studio ChAir Entertainment came Infinity Blade II, the sequel to the best-selling sword action game developed exclusively for iPhone, iPod Touch, and iPad.

Curious about mobile games in 2011? Read Behind the scenes of the 8th IMGA.

Celebrating 10 Years Of Innovation In Games

IMGA got much bigger in its 9th year, with almost double the entries and nominations of the year before. The competition moved to San Francisco for its awards show: It was also a notably great event – held at the Fairmont Grand Ballroom in San Francisco.

2012: This year saw the creation of Clash of Clans and Candy Crush, as well as cutting-edge innovations such as Spaceteam and Taiso, storytelling pioneers such as Yesterday, and the documentary experiment the Battle of the Bulge. It was also noticeable that iOS was no longer the predominant platform for mobile games. Android games had doubled in performance, which still continues to grow today.

Curious about mobile games in 2012? Read Behind the scenes of the 9th IMGA. 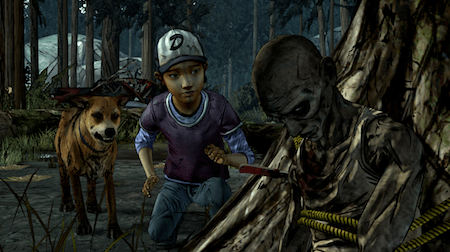 2013: Our 10th anniversary IMGA saw an accelerated growth of free-to-play games. With so many free games out there, it became a dwindling market, so publishers and developers were under pressure. They had to finance more marketing and make more effort to acquire audiences, and those who chose free-to-play needed a team to constantly monitor their analytics and make updates accordingly. It became a changing world for the production and publishing of mobile games.

Curious about mobile games in 2013? Read Behind the scenes of the 10th IMGA.

2014: We released a new website showing 10 years of the awards, a unique resource for this young industry. This year we also gave extra attention to unreleased games launching a new category: Best Upcoming Game.

Curious about gaming trends in 2014? Read Behind the scenes of the 11th IMGA.

2015: IMGA introduces a new category for VR games. This year’s nominees clearly showed that VR games have tapped new ways of exploring entertainment never before seen, while mobile games continued to be the main driver of innovation in the video games industry.

Curious about mobile games in 2015? See winners and nominees of the 12th IMGA

2016: This year’s Grand Prix went to the worldwide hit Pokémon GO, while the one-man indie developer Martin Magni won the Jury’s Honorable Mention with his puzzle game Mekorama. 2016 also saw the opening of competitions in other regions of the world, including the launch of the first IMGA SEA (Southeast Asia), IMGA MENA (Middle-East and North Africa) and IMGA China competitions. 2016 also saw the creation of a new category for its Global edition: Artist of the Year. This new prize honors a single individual for his or her outstanding artwork in a game.

Curious games in 2016? See winners and nominees of the 13th IMGA 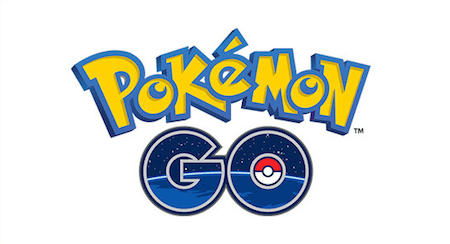 All the winners and nominees