IMGA → 1979 Revolution: an adventure game inspired by the Iranian Revolution

1979 Revolution: an adventure game inspired by the Iranian Revolution

Can you tell us a little about yourself? 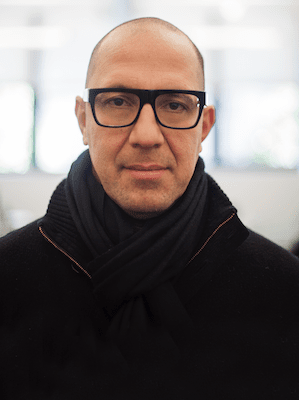 My name is Navid Khonsari, I directed 1979 Revolution: Black Friday, and previously worked at Rockstar Games as a cinematic director.  I played a lot of games growing up and in many ways it was instrumental in me connecting with other kids when my family first moved to Canada from Iran.   I stayed at Rockstar for 6 years and got to work on everything.  It was amazing.  After leaving Rockstar I went on to make documentary films while still directing games like Alan Wake, Home Front and today I am super excited about the work I did as the cinematic director on Resident Evil 7 as well.

Why did you decide to create a game about this dreadful story? Why was is important for you?

I have always been interested with those moments in time where we have seen the greatest kindness in humanity combined with the most atrocious acts of hatred. SO that was the catalyst – how can I  capture that in a game – because my experience has shown me that games are the  most powerful way to leave an impression on a person.  So seeing that I had lived through the Iranian revolution and had seen the spectrum of joy, sadness, grief and rage I felt I would aim to tell this story in an interactive way.

The 1979 Revolution is one of the most defining moments of the 20th century – we are dealing with the impact of that revolution today so for me it was very relevant and through experience in the past we might be able to understand the present. As I mentioned I lived through the experience personally but also was seeing what was taking place with the Arab spring, the ukraine and Turkey and felt that there was obviously a contemporary element of history, and history repeating itself, where we could bridge the gap between the past and the present in this virtual form.

What’s the message you want to deliver to the players through your game?

For us, the elements of player agency and choice were counter-balanced with an actual emphasis on the “real events” of 1978-80 occurring, and so the choices you were making had to be a on a much more personal, micro level than impacting the entirety of the course of the Revolution. In the end, this was a much stronger choice than going “big” we think because it meant you could impact the relationships/fates of friends and family you care about, who in turn, are sort of representations for the larger groups and societies of Iran at the time. By making these symbols evident as personal characters you grow to care about and fight with at times, it felt all the more engaging. And by letting players bring their own moral barometer’s into this world and “role-play” as Reza, and think how they would have navigated and survived this tumultuous world, it brought more ownership to the narrative, and gives every player the opportunity to craft their own story in this true world, and have their own fates they have to reflect on, and wonder how/what they could have done differently.

Your game deals with the subject of war. How did your work on the gameplay to express your own experiences?

We took great lengths in our research (using primary resources — conducting our own interviews – in addition to secondary sources), in our choice of advisors (we were fortunate to find the best in the world from scholars who study the patterns of revolution from Jack Goldstone to Political Scientists like Karim Sadjadpour to Photojournalists who were on the streets during the revolution like Michel Setboun).  Our environments, art, characters, photographs, stock footage, graffiti, speech recordings used in the game are all either the actual/original assets or they are used to be specific references. Because we did this, we felt like making the player a photojournalist was a really strong gateway into this world we had collected so many archival resources about – not only could we bring these into the actual design of the game, and thus show people that they are playing through these real events, real streets, real days and so on – but we could give them an “objective” point of view, slightly detached at first, and let players wrestle with the choices of objectivity vs subjectivity for photojournalists, when do you put down the camera & pick up the rock? Or is a photo a stronger weapon than a gun? All of these were really philosophical/moral questions we felt were really juicy and interesting to give the players real agency and drama in the storytelling.

The game was in the works since 2011, but the actual production cycle, from pre-production to release, was about 18 months. A lot of that pre-production went into the research process for developing the game, during which we did over 40 interviews with different types of people who had lived through the Revolution – and these interviews ended up greatly informing the narrative and characters we developed for the game. They gave a great deal of additional context and authenticity to the experience of the game, and that was really, really important for us, to have all these elements of gameplay and narrative growing out of the actual history and real events, to combine the elements of a documentary into the design of a game. 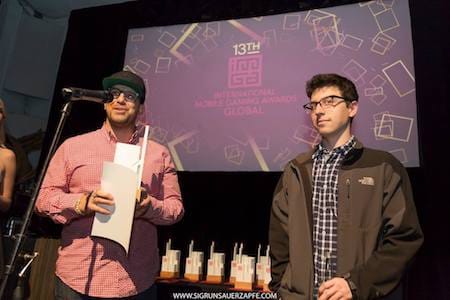 What does it mean for you to win this award? Tell us about your victory.

It’s an amazing validation of the game and the whole team. We poured our heart and soul into this project, and to be at the stage where we are able to talk with people, and have conversations where people are saying to us “I learned and I cried” or “I never knew this…”/etc is a really exciting thing to be hearing. Indie games are operating at such a high level right now, and the breadth of games are so incredibly engaging and personal and powerful that to be highlighted amongst all these other incredible developers is really a huge honour for us, and we’re very humbled.

Right now we’re working on a VR experience, a short, sort of proof-of-concept experience. We wanted to get our feet wet on the VR platform because there are certain mechanics and immersive factors that work really, really well on the technology, while there are other things that are harder about it as well. So that should be out in the next couple months – and beyond that we’re working on some larger projects, some really exciting things that we’ll be able to announce in the upcoming months, and we think people are going to be very excited by it.