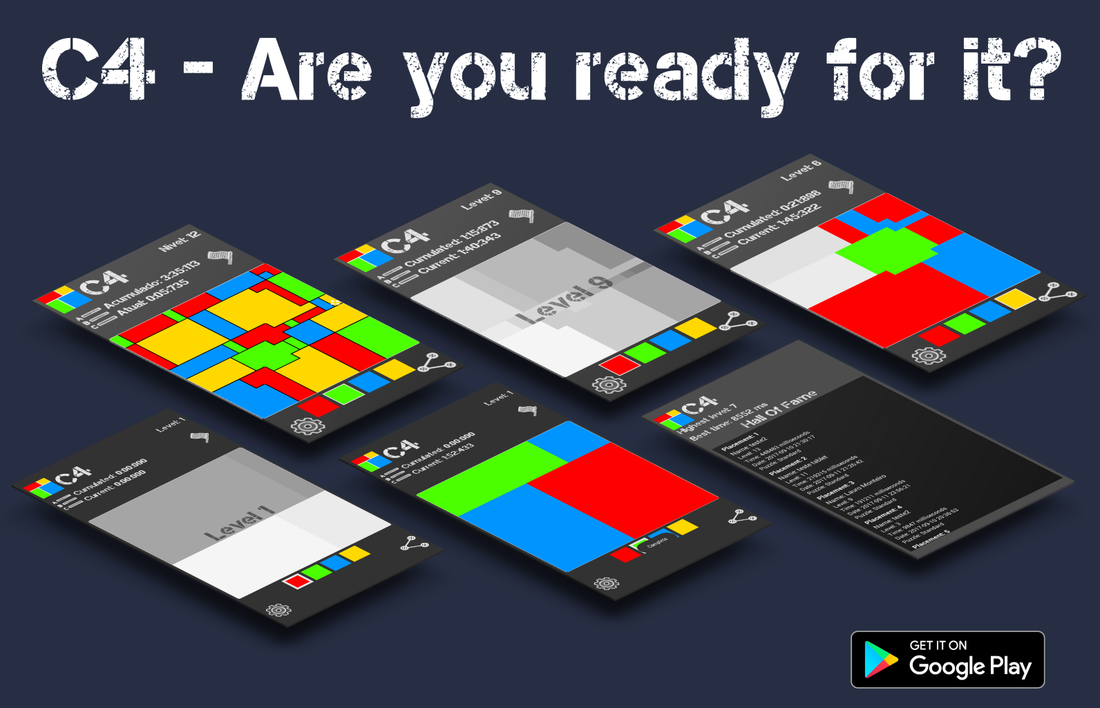 C4 – Color Match Brain Teaser Puzzle is one of the games nominated for the 14th IMGA! Created by Cristiano Monteiro we asked the developer three questions to give you more of an insight into the game. In addition, we have added the gameplay video.  Below you will find it.


There’s no game like C4 (REALLY!) in the app store. C4 taps into the old Map Color Theorem, which only a few decades ago was computationally proved that 4 colors are enough to paint any map. C4 will generate increasingly difficult maps for you and the task is to use 4 colors to paint it with no region sharing borders having the same color. A Global Hall of Fame adds extra spice. Even though it dirty easy to learn how to play it’s a daunting task to master it so one can really advance far in the game or even complete the 54 dynamically generated levels.

Even though it’s not a graphically elaborate game (which is the tendency now), it is an elegant game and unique gameplay. Color the map without adjacent areas having the same color. Each level is increasingly difficult either in complexity, time to solve or both. Very easy to play, difficult to master. I have a hard time believing anyone will complete all levels but, still, some people can complete Rubik’s cube under 10 sec…

My game is not focused on eye candy, distractions, sidetracks; it’s an elegant interface presenting a unique (yes, it’s unique) gameplay, challenging but not intimidating, finite but appear to be not, to all ages, smart, robust, well tested, competitive, so, all elements games should present before eye-candiness.

Try it and see what I’m talking about.


Cristiano it was an honor to learn more about your game. The IMGA Team wishes you the best of luck during the voting and second judging session. Furthermore, we are excited to see you at the award ceremony in San Francisco on March 20.