We met Michael Flarup, one of the creators of Conduct THIS!, to learn more about their amazing game and their studio Northplay based in Copenhagen, Denmark. They are the proud winners of the Best Quickplay Game Award. 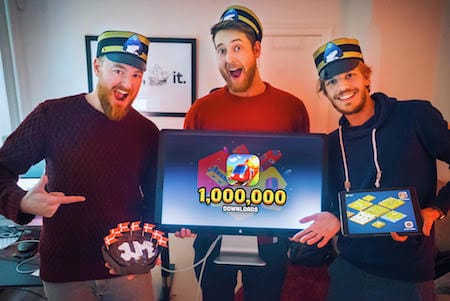 Can you introduce yourself and your team?


My name is Michael Flarup, I’m a designer and the head of our small studio Northplay. We’re currently five at Northplay  working on all sorts of interesting things.


You’ve been making apps for many years. Why did you come to making games?


I have always been interested in making games. When I was a kid, I would sit next to my friend Rasmus and we’d make games in this thing called Klik’n’Play. He’d do the “coding” and I’d do the art. We even made up an imaginary game company, even though we were the only ones playing our games.


Since then I have been involved in making lots of different things, utilities, services and hardware, but I think if you look closely at the products I have helped design – there’s been a consistent gamey feel to them. A love of fun that I have tried to imbue onto everything I have worked on. You could say that creating Northplay and focusing more solely on entertainment design, games and gamification, has been a direction I have been pulling in since I sat next to my friend making silly games.


For those who don’t know Conduct THIS, can you give them 3 reasons to download the game?

Could you tell us more about Northplay and your way of developing the game?


We’re a small team, so we try to be really careful with what we work on to both make it interesting and sustainable. With Conduct THIS!, we started with the premise of playing with trains and build the game around that world. In that sense, the game was designed around a feeling and a universe rather than a specific game mechanic or genre. I think that really helped us make something that felt right, while staying original. We did a 2-hour podcast talking about the process of developing the game that I highly recommend people put in their ears if they’re interested in making games themselves.


What inspired you while creating Conduct This?


We were obviously very inspired by childhood memories of playing with trains. Lego and Brio has been a huge inspiration. Games like Transport Tycoon is also among the team favourites. 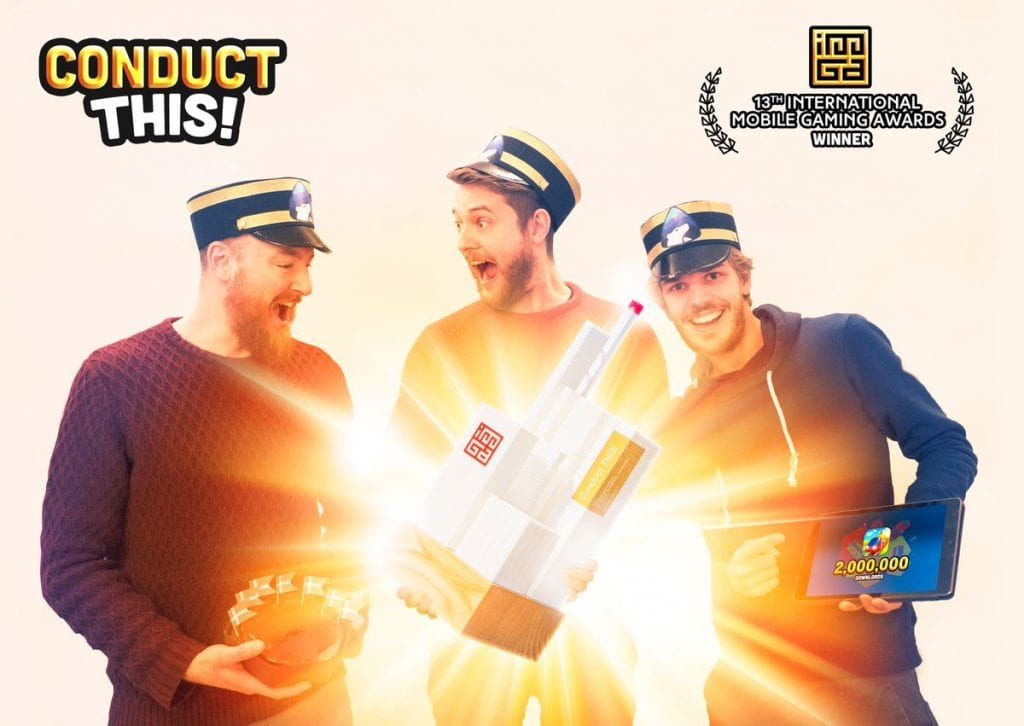 You won the Best Quickplay Game Award. How do you feel about winning an IMGA award? Tell us about your victory.


We were absolutely humbled to win an IMGA award. To be honest, we didn’t expect to win anything and was just happy to have been nominated. Most of the other nominated games were well known massive hits from popular developers, so it seemed outrageous to us that we would be awarded anything for our first game. Subsequently we hadn’t made plans to attend GDC during the award show. So not anticipating to win anything we had one of our friends attend the show on our behalf. He sent us a drunken picture of the award in the middle of the night and we couldn’t believe it.


Any new game or project coming out in the next months?


We’re still working on making a fitting end to Conduct THIS! We like to make games that you can complete and currently there’s no actual end-game in Conduct THIS! There will be soon though, and it’s going to be epic! After that, we’re looking at bringing the game to other platforms. We have a desktop build that works well and controller support in the works.


Our time right now is then split between playing around with our new product, not a game but a game platform, arcadetrail.com and our new unannounced game. It’s still too early to say anything other than it’s a game that “will take you far away to unexpected places”.


You can keep up with what we’re doing by visiting our little site on https://northplay.co and signing up for our email list!