IMGA → Crypt of the NecroDancer, a dungeon crawling rhythm game

Crypt of the NecroDancer, a dungeon crawling rhythm game 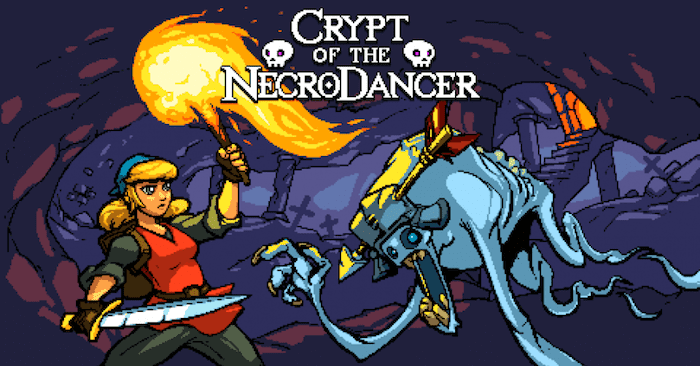 Crypt of the NecroDancer is a dungeon crawling rhythm game where you move to the beat of the music to fight zombies, skeletons, dragons, and more! The game won the Excellence in Audio. This is an interview with Ryan Clark, founder, designer & programmer at Brace Yourself Games. 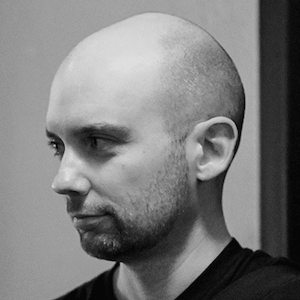 How do you feel about winning this award? Tell us about your victory…

Winning the award was a great honor!  I’m extremely proud of Danny, Kevin, Jeff, and all of our voice actors and remixers.  So much hard work went into the game’s audio.  It’s very gratifying to have their efforts recognized!
Crypt of the Necrodancer was firstly a PC game. Why did you adapt it for mobile gaming?
We adapted NecroDancer for mobile because so many of our fans were demanding it.  We weren’t sure if it would feel good on mobile, but after iterating on the control schemes for a while we came up with some solutions that worked very well via touch.  Also, playing on a mobile device allows users to play the game with music that they already have on their phone, which is an awesome feature!
Why did you choose to work with Danny Baranowsky?
I was a big fan of Danny’s work on Canabalt and Super Meat Boy, so I was very excited when he agreed to join the project.  His first sample track for Zone 1 Level 1 was amazing and had the whole team energized!
How did you get this gameplay idea? What inspired when making this game?
The idea for NecroDancer came from the games Spelunky and Rogue.  I love Rogue, and played it a ton as a kid, but it often felt unfair.  Many runs seemed unwinnable, regardless of user skill.  In contrast, Spelunky is roguelike and yet skill is the primary factor that decides success.  Spelunky almost always feels fair.  I wanted to make a game that was like Rogue but with the same feeling of fairness that Spelunky has.  Spelunky’s fairness comes from its real-time nature, so I thought that maybe I could make rogue feel more real-time if the turns were quick.  But having quick turns actually felt a lot like moving to a rhythm!  So I tried playing the game to the rhythm of “Thriller” by Michael Jackson, and it felt amazing 🙂  That’s how NecroDancer was born.
Any new game or project coming out in the next months? Anything else you would like to say to the world?
We are working on a DLC for NecroDancer, and another unannounced game!  Follow us on Twitter to stay up to date 🙂
Share this game on