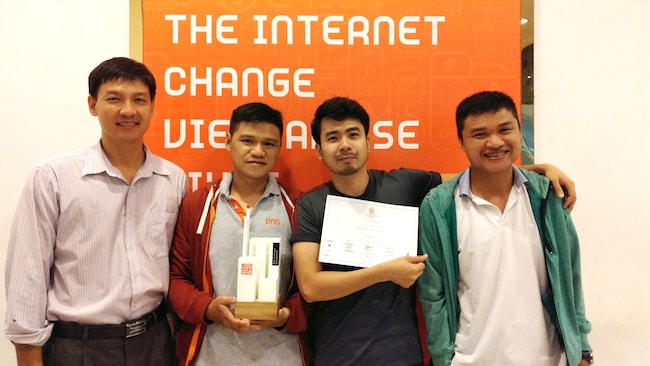 DEAD TARGET VR: Zombie Intensified is a FPS game where you can:
– Kill zombies in with epic weapons
– Upgrade weapons and gear up to face the upcoming zombie waves
– Experience 3D shooting as a zombie hunter
– Slay zombies of all types when you set your nerve to the highest level

This is an interview with Thai Ngo from VNG Game Studios.


Hi, I’m Thai Ngo, Project Manager of the Dead Target VR team. I worked for the original team Dead Target: Zombie as Technical Lead. My passions are playing games and making games. I have more than 10 years of experience of making games, especially mobile games.


For those who don’t know Dead Target VR, can you give us one sentence to describe your game?


Dead Target VR is a shooting game that gives you the pleasure of purging zombies throughout the city to save humanity.


Have you guys ever wanted to play a zombie shooting game, but were too lazy to move around or have had enough of motion sickness? Dead Target VR is definitely for you! All you need to do is sit on a couch and click on those zombies and “bang bang”! It can never be more comfortable than this!


You know, the original game Dead Target: Zombie was a huge success for us. But since the VR trend rises up, we asked ourselves: Why don’t we make a VR shooter as fast as possible to catch up with the trend? Fortunately, the original Dead Target: Zombie seemed to be designed just right for VR from scratch. Simple controls, non-moving player and linear progression, all add up to it. And voila, after one month we got our first Dead Target VR build for Google Cardboard.


A mobile VR Zombie shoot’em up? A must-play, indeed. What inspired you? Was it difficult to develop a VR game?


VR Technology is actually not new, but it has never been exposed to us since. What inspired us was the “real 3D” environment and its promise of new possibilities for gameplay and controls.


I believe we all can never deny the attraction of the zombie apocalypse theme. People fall in love with it! Hundreds of movies are about it. VR is even better to give the horror in it. So we could not think of a reason not to go for it.


The utmost difficulty with making Dead Target VR was among the studios our team is a pioneer on VR. We took the risk of not being successful due to the unknown future of VR. We made one move and then we stopped to investigate. The project could be disbanded anytime if green light could not be received.


As a result of investments and supports were limited as well. We have a short time to make use of every asset we can get from the old game to make the new one, with borrowed artists’ workloads from the old team. We had to remake the game progression, which was a new city map inside a bunker in full 3D. We also changed the gameplay mechanics to fit the experimental nature of VR games, and forged a brand new aesthetics into it, to not bore the old fans.


How do you feel about winning an IMGA award? Tell us about your victory.


When we heard the news, we got a really big pleasant surprise! IMGA award helped us get recognition for all the efforts we had given. Moreover, we felt motivated to move on. Our concern now is how to make enough profit to keep the team alive and be able to scale up the development capacity for future VR projects.


As for now, we still have many things to deal with the project, such as adding a social feature and boosters. In the near future, we would absolutely love to make more games for the VR platform, because we believe in the applications it brings. We have so many interesting ideas for it!


We are fortunate to have both eyes, to be able to immerse ourselves in this 3D world. But in the past, we were getting used to 2D experiences only (photos, movies, games, tools…). Now, why don’t we claim what has been missing from virtual reality? Its applications are not only bounded to gaming but also entertaining, working, studying and communicating. So go out, buy a VR headset and get what you should deserve to have, right now!