IMGA → Discover Nonstop Knight, a great RPG to play with one thumb

Discover Nonstop Knight, a great RPG to play with one thumb

Nonstop Knight, the one-thumb action RPG by Flaregames and Kopla Games, puts you in control of a fantastic, neverending quest. Unlock new armor and weapons, and beat the bosses using your chivalrous skills! 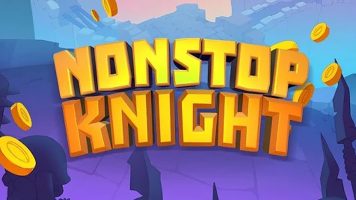 
Nonstop Knight is one of the first games on mobile to utilise a one-thumb control system in an intuitive way for an action RPG. Secondly, the autoplay and offline features allow this game to seamlessly fit into a person’s daily routine. The knight continues to battle when a player has closed their device, so the player is not required to invest countless hours to progress in their adventure. To present such a fresh, genre-breaking experience on mobile is a special achievement, particularly in such a crowded marketplace.


Why we think it deserves to win the Grand Prix?


Nonstop Knight takes the long-lifetime and good monetisation aspects of action RPGs and packages that into an experience that is accessible to everyone, regardless of their gaming acumen. It is an action RPG built specifically for mobile (portrait perspective, low player involvement), and because it is playable with just one thumb, it is designed for on-the-go interaction throughout a player’s day. Nonstop Knight is a game that has the depth of features to appeal to a hardcore RPG fan, but also the ease of use and simplicity to catch casual gamers.