Human Resource Machine: an interview with Alan, Kyle 1 and Kyle 2 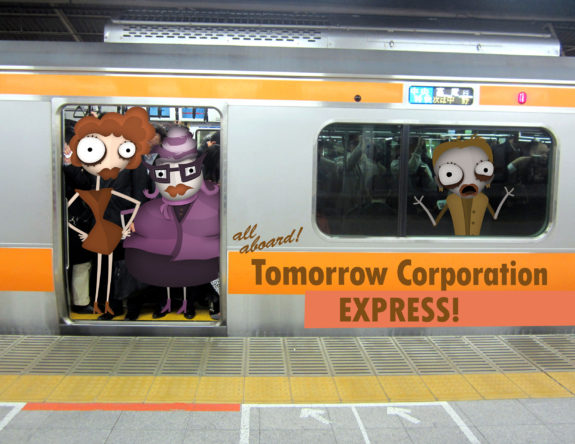 In Human Resource Machine, you program little office workers to solve puzzles. The game won the Excellence in Innovation Award. This is an interview with Allan Blomquist, Kyle Gray and Kyle Gabler, the trio behind Tomorrow Corporation. 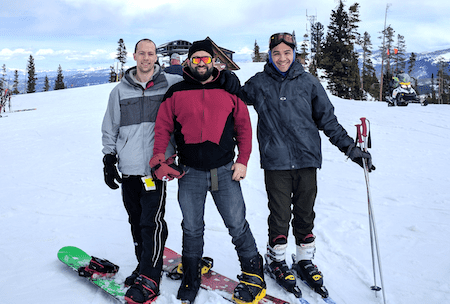 For those who don’t know Human Resource Machine, can you give us one sentence to describe your game?

Kyle 2: In each level, your fat little boss gives you a job, which you automate with your worker. If you succeed, you’ll be promoted up to the next level for another year of work in the big office building. Congratulations! The trailer might explain this better than me.

Kyle 1: Computers are really simple – beautiful and cleverly designed – but really simple things. And a modern workplace weirdly works as a pretty close metaphor for what goes on inside a CPU.
So, you don’t actually need to know any of this to appreciate playing the game, but the “office” in your game is actually a real working CPU, with inputs, and outputs, and little slots to store data for later like memory, and 11 simple commands that you discover through the course of the game. With enough memory and time, it’s powerful enough to simulate any algorithm in the world – and we’re really curious to see what players do with it.

Human Resource Machine seems to have a social message about losing jobs to robots. What inspired you?

Kyle 2: Automation is coming, and no election or referendum is going to slow it down. So make a big cup of coffee and keep learning new stuff!

The graphics in your two games are very similar. Is there a story behind it?

Dandy Wheeler: That’s just Kyle’s art style. He does the best he can.

How do you feel about winning an IMGA award? Tell us about your victory!

Kyle 1: Human Resource Machine is a game for a very specific kind of nerd, or person who likes doing homework, or enthusiastic fan of Star Trek, so we’re surprised and honored that IMGA has recognized this niche game and helped to bring cold hard logic to a wider audience!

Kyle 2: We’ve just released Human Resource Machine, and our two other games Little Inferno and World of Goo on Nintendo’s new Switch console, now available! And we’re working on two new games, but nothing else to report on those just yet…