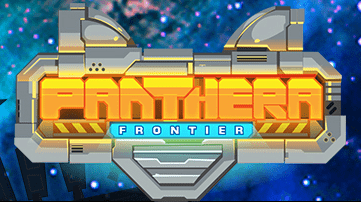 Adventure into space with your starship and crew. Discover amazing new alien species to recruit and train, and find powerful weapons to install on your craft. Uncover unique new ships to pilot and command, engaging in tactical combat where you are the commander of your forces! The vast fantasy universe of Panthera Frontier awaits, commander!
Panthera Frontier is one of our 2nd IMGA SEA nominees.
Can you introduce yourself or your studio (or both)?

Hi, My name is Nenin. I’m a co-founder and developer at Extend Interactive, also known as Extend Studio (x10). We are an independent development house, based in Thailand who strives to create high quality, fun to play titles. Our past projects include the award-winning A.R.E.S.: Extinction Agenda (Steam/XBLA), Jigsaw Mansion (iOS) and So Many Me (Steam/OUYA/Xbox One)
What makes your game unique?

Unlike other spaceship games, our Panthera Frontier is a free roaming spaceship game with unique split screen battle and storyline set in deep space where everyone is an anthropomorphic animal. So it’s all cats and wolves and cat wolf pirates 🙂

Why do you think you will win the Grand Prix this year?
We see people have a lot of fun while they are playing the game. We think the game is very enjoyable, and it’s unique in its own way.
For those who don’t know Panthera Frontier, can you give us one sentence to describe your game?
A strategy exploration game that lets you play as a commander of your own spaceship, with many cats as your crew and wolf as ultimate evil, set up in the free-roam deep space.
Can you give them 3 reasons to vote for (name of the game)?
1. Panthera Frontier is a challenging game for midcore and hardcore gamers that’s looking for old-school experience.
2. The universe of the game is huge. There are hundreads of galaxy sector, created by procedural generation.
3. The game is full of cute characters.
Anything else you would like to say to the world?
Panthera Frontier has been in development for 4 years, and now it’s already up on the store. If you are looking for a spaceship adventure game, or a good challenging offline game, please try the game and let us know what you think about it.