IMGA → People have chosen to farm in the paradise of Sky Garden!

People have chosen to farm in the paradise of Sky Garden! 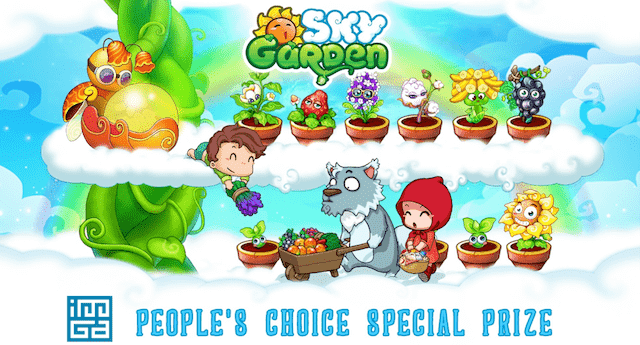 Sky Garden: Farm in Paradise is an addictive casual farming game which brings you to the world of fairy tales of Jack and the beanstalk where you become a fantasy gardener on the cloud. In Sky Garden, players raise a garden of flowers on the cloud, harvest seeds of plants, grow them in unique pots. They upgrade hundreds of unique pots and trade with friends and explore the world on paradise, running their own garden with other online players around the world.


The game won the People’s Choice Award at the 13th IMGA Global with 7000 online votes. This is an interview with Chloe in charge of brand communication at VNG Games Studio. She also ran the “IMGA election for Sky Garden”. 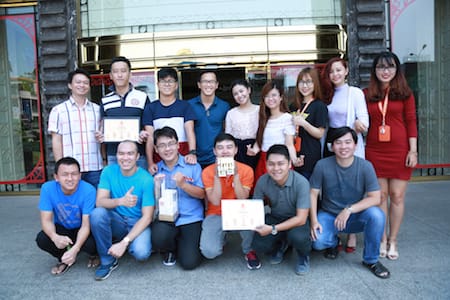 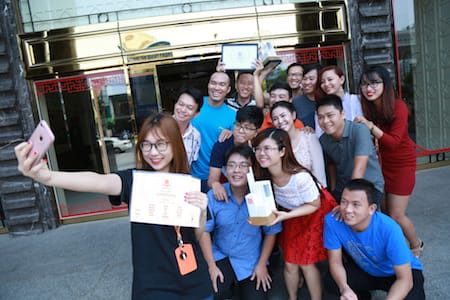 What’s the story behind your game’s creation? What inspired you while developing this game?


At the very first stage, we just knew we wanted to make great games that people would play for years. To do so, we gathered together and formed a new team to create a new kind of game which is unique, entertaining and free to play for everyone. We had already begun developing the next wave of casual farm games, which were still aligned with original farm cross-platform. The goal in Sky Garden: Farm in Paradise is still to raise a garden, but on the cloud and focuses on the pots itself. Especially, what makes the game different is our personalized pots, they have personalities with full face expression. Inspired by the story Jack & the Beanstalk together with Red Riding Hood, Sky Garden game is a farmland of paradise with full of fairy tales where gamers can live a fantasy life of gardener above the cloud and explore the whole paradise world on Skyland. And the adventure has just begun…


You’ve already won the People’s Choice Awards in the 1st IMGA SEA. How do you explain this success?


We were astonished to know we had won the award. This success came to us surprisingly in the face of stiff competition from strong rivals in SEA region. Sincerely, given the fact that IMGA SEA is the first international competition for us and we have no experience until then. At that time, we only expected to see where we are in the big ocean and to learn more experiences as well by joining your contest. We did everything to strive our best for calling votes from global fans. People’s Choice Award in the 1st IMGA SEA as well as 13th IMGA Global are the miracle answers for our dedicated endeavor and a wonderful boost for our non-stop development. 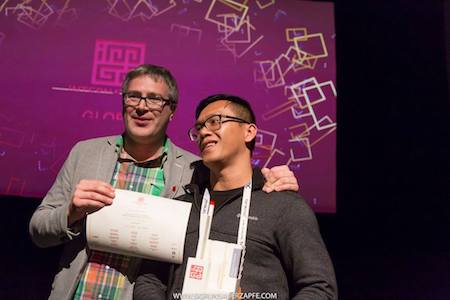 7000 votes: tell us more about your victory!


We’ve realized that we are so lucky to have very big hearts from loyal gamers across 195 countries in the world. Following their hearts, Sky Garden gamers enthusiastically responded the call for vote from our game. Even, we conducted a poll in VNG corporate with over 2,200 people together with their networks to vote for Sky Garden winning the award. Some pre-PR articles significantly play an important role while spreading the news of nominated achievement in IMGA SEA and Global. This is truly a glorious victory to reflect our belief in VNG Game Studios’ product quality and philosophy “By gamers, For gamers”.


VNG Games approached many different genres (action, casual, puzzle, casino). Will you test a different genre in the future? What are your upcoming projects?


Currently, we are having quite a few different game genres in VNG Game Studios. Beside Sky Garden: Farm in Paradise, VNG Game Studios currently have some quality mobile games publishing in SEA region and the world, to name a few such as Dead Target: Zombie with over 50M downloads after 2 years and rewarded as Editor’s Choice in Google store; Dead Target VR has just been launched recently which got high ranking from Google and international game gurus; Dead Target 2 has just finished “soft-launch” since last year with over a half of million downloads. With talented team members, professional customer services and super high-qualified products itself for the sake of satisfying worldwide player demand, we strongly believe our game will be very competitive in the global game markets. Delightedly speaking, this year 2017 will be a booming year for VNG Game Studios to let the world hear we roar.


Although we are newbie in Global game markets but we are different, unique, high-demanding and always work for the best to craft games played by millions of people all over the world.