IMGA → Postknight: a mobile RPG for those on the go

Postknight: a mobile RPG for those on the go 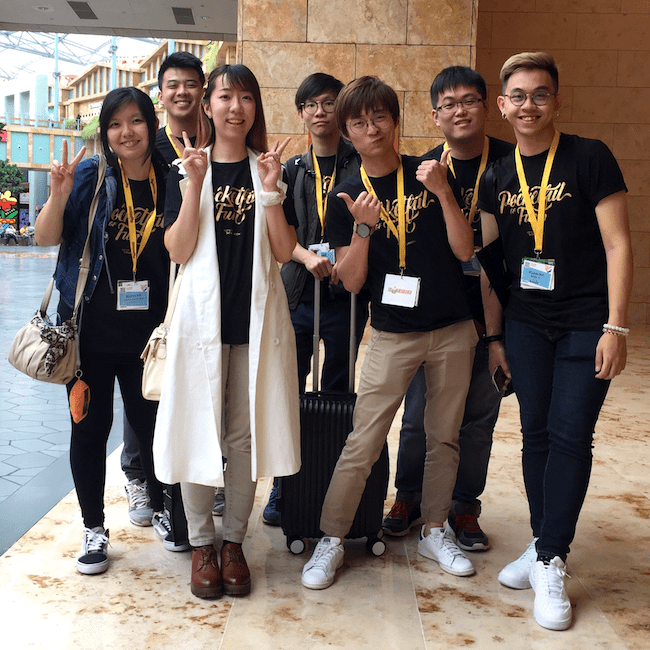 Postknight reimagines the best parts of role-playing games into bite-sized bits within an exciting delivery adventure. The story follows the adventures of a Postknight — a knight who is tasked with difficult or dangerous deliveries — in the grand kingdom of Kurestal. Through deliveries, the postknight will meet other characters with different backgrounds while venturing across the kingdom of Kurestal and beyond.

Designed to be an enjoyable RPG for those on-the-go, Postknight is optimized for mobile devices: from content to controls, for hardcore and casual players, to time spent in and out of the game. Instead of spending long hours to experience the highlights of an RPG adventure, Postknight delivers it in small yet exciting pieces. This is an interview with Yiwei from Kurechii.

Can you introduce yourself?
Kurechii is an award-winning independent game studio based in Malaysia. We aim to create memorable and high-quality games for players worldwide to enjoy.


Our games have won numerous international awards, such as:

For those who don’t know Postknight, can you give us one sentence to describe your game?
Experience an exciting delivery adventure in a pocket-sized RPG!

• Postknight offers a classic RPG experience that has been adapted for the modern mobile player.

• As most other RPGs require the player to commit to at least an hour to play and progress, we wanted Postknight to be one that could be played on-the-go.

• When players are away, they gain “away bonuses” that help in their progress—but the story only moves on when they return and choose to continue.

• Since that meant shorter game sessions (perhaps while commuting in public transport, in between work, etc), players might not entirely remember where they left off. Postknight’s “GO” button is there for players not to worry. One can hop back into the game and continue where they left off just by tapping the button.

• Postknight’s interface and controls are designed to be friendly for players who are only able to play with one hand (if the player is holding onto a railing while commuting, etc).

Now about you and your team: what’s the story behind your studio’s creation?

Kurechii is a team that was formed back in 2009. Back then, three of us set our sights on a local grant for game development and joined by pitching our first ever game: Reachin’Pichin.


After winning the grant, we went on to finish and launch the game. Even though we weren’t working on games on a full-time basis back then, the first King’s League was released later.


In 2011, Kurechii was officially registered and the team grew from 4 to the current size of 7 while we released other games in between.


A RPG “for those who are on the go”, we loved it! What inspired you?
While commuting in Tokyo, I saw office staff holding their mobile phones in one hand while the other would be holding onto bags or documents. Upon arriving at every station, they would have to put down their phones to allow other to leave or get on, before continuing their game (if they were gaming).


Kurechii has been making games that require both hands to play, and that made me realize that these people wouldn’t be able to play our game—hence the inspiration to work on a game like Postknight!

Postknight has just been localized into 9 languages. We hope that will allow more players to pick up and enjoy the game.


The team is currently working a sequel to an existing title. More details will be announced early next year, so do keep an eye out for news on our social media!


Lastly, to those who have played Postknight – thank you for embarking on this delivery adventure! If you haven’t, please check it out.