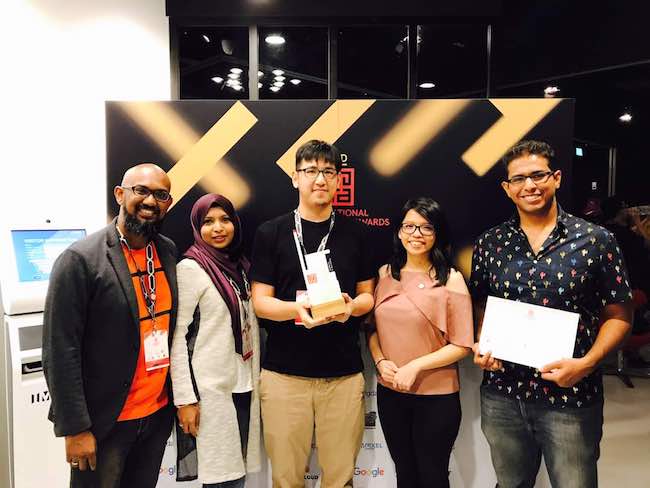 Simulacra is a mobile thriller game that simulates the experience of looking through someone else’s phone by recreating a fictional mobile phone.


A spiritual successor to the award-winning narrative thriller Sara is Missing, Simulacra expands on using the smartphone interface as a game. With more branching dialogues, recurring puzzles and new “apps” to look through. This is an interview with Jeremy Ooi from Kaigan Games.

We are a small indie studio of 6 people, making narrative driven mobile games. We’ve come to specialize in making simulated mobile interfaces and using live actors as our characters to tell a rich story inspired by real-world events. It is our passion to make our players ask questions, sometimes even uncomfortable ones that elicit an emotional reaction.


For those who don’t know Simulacra, can you give us one sentence to describe your game?

SIMULACRA is a narrative thriller game where you must look through the phone of a missing girl and unravel the mystery behind her disappearance. You found the phone of a young woman named Anna. In it, you see a desperate cry for help in the form of a video message. You talk to her friends and they have no idea where she is. Her chats, emails and photo gallery provide fragments of information, and you have to piece it together to unravel the events behind her disappearance.

We simulated an entire phone interface complete with what you normally find on anyone’s phone. Some of the simulated apps include a messaging app to make in-game decisions, a Tinder-like dating app, a web browser and a Twitter-like social media app.


We also use live actors filmed in live locations for our in-game characters for the added sense of realism. In addition, the core action of making choices within a messaging app crosses the boundary of the typical “mobile game” and is an interesting hook for players who traditionally do not identify themselves as gamers.

When we made Sara Is Missing a year ago, it was built as a proof of concept for the “found phone” type of games. After it’s critical acclaim, we formed a company under the mentorship of the GameFounders program and MDEC Malaysia. With that “Kaigan Games” was formed and we have since been developing SIMULACRA with help from all the feedback from our fans.


We loved Simulacra as much as Sara is Missing. What inspired you?

Two games served as the primary inspiration for the concept. The first is “Her Story”, a game about solving a mystery by looking at police interview recordings and “Replica” a game with a phone UI about finding terrorists. Recently the TV Show “Black Mirror” served as the inspiration for the tone and feel of Simulacra. “Sara is Missing” was always meant as a prototype, a proof of concept to test the market. At Kaigan we strongly believe in the iterative cycle of testing and improving, and SIM has been the perfect test case. We believe SIMULACRA is the culmination of all our ideas and hope that our fans have as much fun playing it as we had developing it.


How do you feel about winning an IMGA award two years in a row? Tell us about your victory.

We didn’t think we could even win two years in a row. It is always a scary proposition when both games are built on a very similar premise, would the judges find it too similar? Has the novelty of it worn off? We believed that we had vastly improved on our first game and we worked really hard on it. Winning the award for Excellence in Storytelling was perfect! It vindicated the game from being just a cool idea to a legitimate game celebrating its core concept; telling a good story.

We hope to continuously improve on the concept by optimizing our storytelling process. We still have a lot to learn from that part and we hope to one day create a story that people will talk about for years and years. We also want to explore a F2P version of the game. We have basically taken off our developer hats, and put on our thinking hats. We are going to have our hands full analyzing user behavior, feedback, and reviews for the next few months. However, we always want to be telling cool stories and we will definitely continue doing so. We have some interesting concepts percolating right now, let’s see where that takes us.