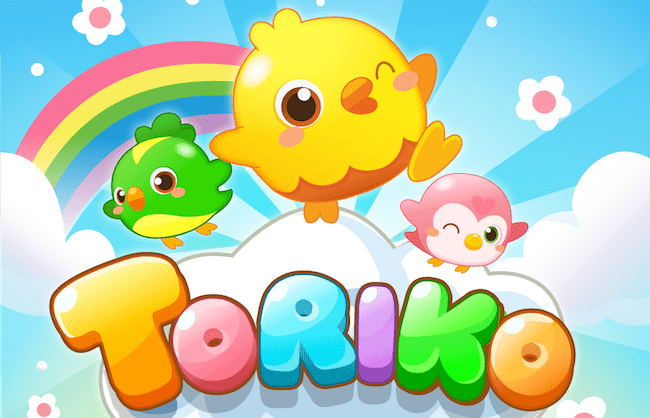 TORIKO is a 1V1 Puzzle PVP game. Birds descend from the top, moving downwards. Rearrange the birds by swiping down to collect birds of the same color. Swipe up to launch them back and match the same colors. 3 or more birds vertically matched will disappear. You win by making your rival’s board overflow and clearing the quota faster than rival!

This is an interview with Jiahui Chen from Happy Labs.

Founded in 2012, Happy Labs is a successful game developer studio from Singapore with 15 game titles launched and over 50 million downloads.

For those who don’t know Toriko, can you give us one sentence to describe your game?

Toriko is a puzzle battler where 2 players can pit their skills against each other in real time.

When we released Toriko in April 2017, it was one of the very first real-time puzzle game to appear on mobile platforms. It wasn’t easy, but we achieved virtually lagless realtime 2-player gameplay.

Now about you and your team: what’s the story behind your studio’s creation?

The Managing Director of Happy Labs, Jeffrey Chee, founded the studio together with his wife. At the time, he was the programmer and his wife, the artist. With Hotel Story being a monumental hit, he was able to expand the studio to make games with better quality and try different genres.

Your idea is quite original, we don’t see much Puzzle PvP games! What inspired you?

The inspiration came from an old arcade game called Magical Drop. We felt that the gameplay of picking up pieces from the puzzle pattern and rearranging them to match translates very well into a touch-based interface.

How do you feel about winning an IMGA award? Tell us about your victory.

We didn’t expect to win at all considering that the other games that also participated were high quality, deep in game design and some have even won other awards. We are really glad that Toriko appealed to the judges and this gives us reasons to continue to innovate new game ideas.

We’re working on new concepts and story ideas for the next game in 2018. With this, we hope to be able to break the mold of simulation games and present new and original ideas that players will like and play.