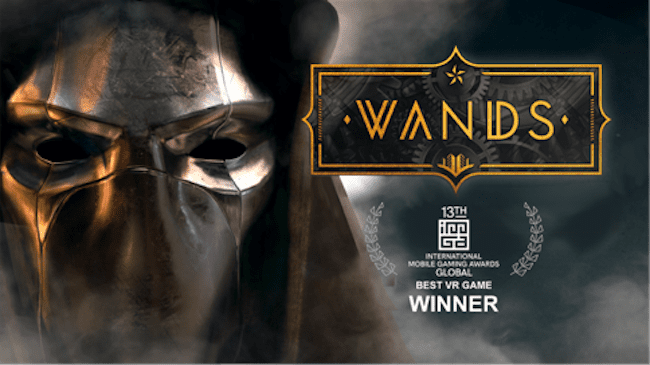 This is an interview with Lisa Le Gresley, founder of Cortopia Studios (Stockholm), the development studio behind Wands. It won the Best VR Game Award during the 13th IMGA Global ceremony. Wands is a first person fully mobile, Internet-connected PvP (player-vs-player), VR game from Stockholm’s successful NUX Studios. Take your wand, equip it with a lot of different spells, and fight against other players online. Unlock new spells by winning battles and become the best Wielder in this alternate 1880’s London.


For those who don’t know Wands, can you give us one sentence to describe your game?


Wands is an mind-blowing VR experience – just play it!


Wands is one of the first multiplayer VR game. What does the multiplayer dimension bring to the gameplay experience?


We believe that VR should be social, its about creating connections and shared experiences. Why play a game on your own when you can play with friends?


Last year Land’s End was the winner of the Best VR Game category. What has changed in one year in the VR gaming world?


A lot has changed. Technology is improving all the time, more headsets are being sold now and VR will continue to grow in popularity. We are super excited about the future of VR and AR.


We have some big plans for 2017! We are launching Eastern Realms for Wands on 4th May 2017. Check out the new trailer!

We also have several awesome new games in the pipeline!