The 15th IMGA Global: A Blast!

The Minna Gallery in San Francisco on March 19th… The 15th IMGA Global was hosted by our dearest Maude Garrett. During this award ceremony, we have revealed the best games of 2018, splitting all 153 nominees into 16 categories. Varying from Best Technical Achievement to Best Guilty Pleasure Game, so you know we take all aspects of mobile gaming into consideration.


It was a great evening, with amazing people and amazing vibes everywhere. The tickets were sold out, and around 700 people showed up. Maarten Noyons, the founder of the IMGA, opened the ceremony with a small speech. Afterward, our amazing host Maude took over and the reveal of winners started. 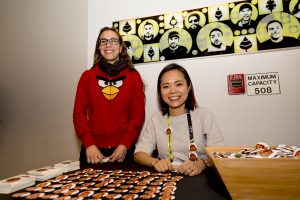 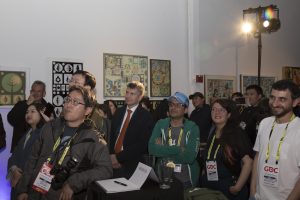 As the Minna Gallery was filling up with people, the doors for the happy hour opened at 6 pm. It was an opportunity for everyone to meet up,  chat up and have drinks! It’s not a party without a little socializing and networking, right? 😉


Around 7pm the award ceremony started with Maarten his speech. Maude took over and the awards were handed out by our sponsors, and the second judging session’s jury members. 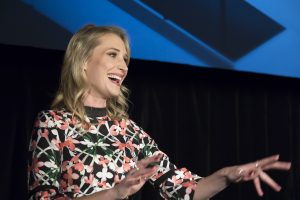 We finished the evening with our sponsor ROVIO’s afterparty:  It was a blast! We’d like to thank them for hosting this, it made the event extra spectacular. 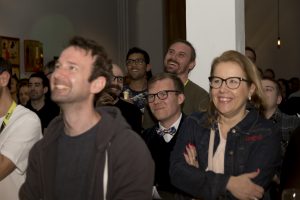 
Congratulations to this year’s winners! You’ve come along way from all 1500 submitted games, and becoming part of one of the 139 nominees.


And after two years with no Grand Prix, this year there finally was one!

Although you can find all the winners and their info on our website and the above-given link, following up we divide all categories and winners in this article too! 🙂

Excellence in Gameplay: BRING YOU HOME by Alike Studio, Spain


We’d like to show our deepest gratitude to our sponsors for their support:


Gold Sponsors:
The City of Helsinki


And to not be forgotten! This year’s Party Sponsor: 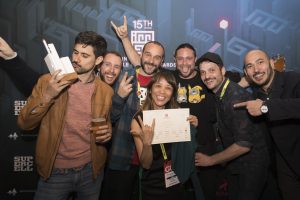