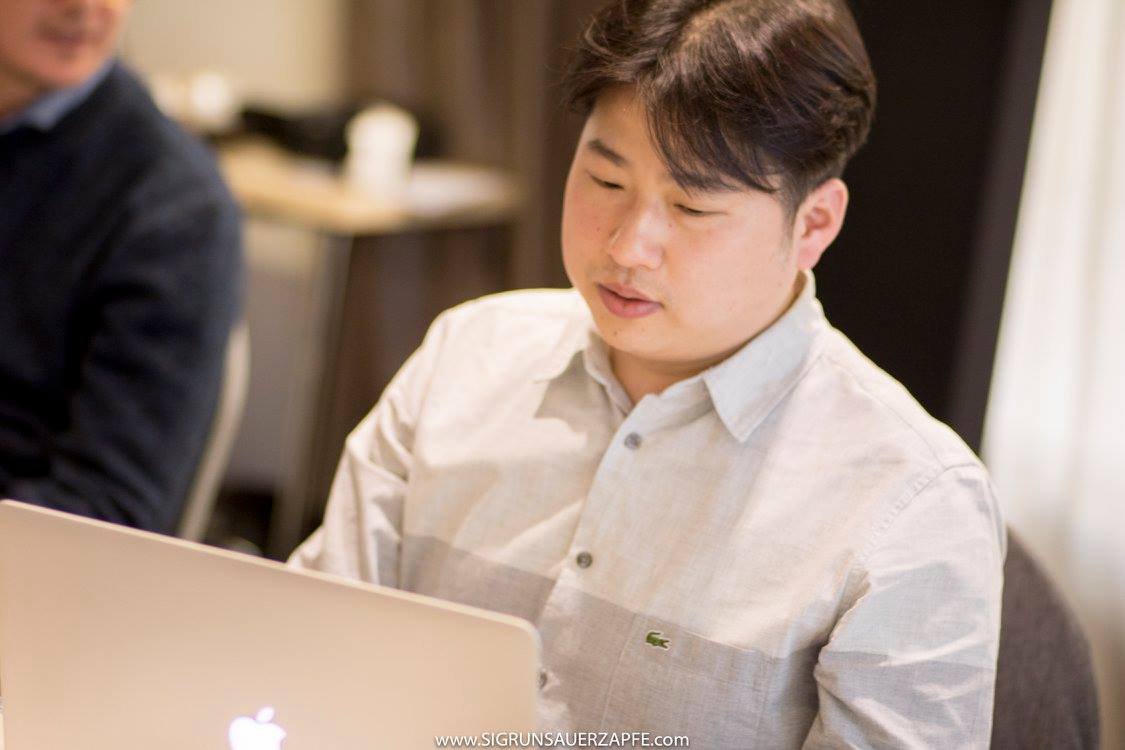 Meet Joony Koo, Chief Operating Officer at BiNAREE Inc. Joony has been an experienced judge for the IMGA on-site and online judging sessions.
During this interview, Joony gives us a bit of an insight into his life, and also his opinion on certain aspects of the industry.

Hi Joony! Could you tell us more about yourself?

Hi, I am Joony and I find & nurture ideas, values, products, and people.

Which games are you currently playing?

At the moment, I am playing Honor of Kings and Dead 2048!

What is your all-time favorite game?

My all-time favorite game is divided into games in general and mobile games. Regarding all games, I would say God of War 3.
Monument Valley is definitely my favorite mobile game!

When and how did you get interested in gaming?

My first game experience was in 1984 when I played Donky Kong.
In 1988 I played Mario Bros and Sonic the Hedgehog. This was my first gaming experience which I can remember in details. I played it in London at my best friend’s house.
Ten years later I played Star Craft, and in 2003 Diablo 2.
These are some of the games I severely hooked and had sleepless nights over.
In 2006 Com2uS offered me a job and this is how my gaming career began.

What is it like to combine your hobby’s with your professional life?

I like to play games, however, it is not my favorite hobby.
Nonetheless, I do play a lot of games. I just try to keep a distance from being too heavily into games.

What do you think the future holds for gaming in general?

Youtube is being used as a searching tool more often, and even more than Google nowadays. Videos are the main form for searching new things on the web. I think this will change to real actual experiences in a virtual world. The game industry will have a huge role in mixing info tech and human life.

Could you tell us more about the Korean gaming market?

The Korean gaming market in the 4th largest market in the world. With more than three million users that can be categorized as hardcore gamers. Korean gaming companies were the first in the world to adopt IAP models on the web and on mobile phones.
It is a market where commercial e-sports started with Starcraft, professional gamers, and gaming leagues as well.

What makes the Korean market really different from the US and European market?

The users definitely! They are so hardcore. Just think of Korean users as Spartans amongst Greeks. That aspect changes everything about the market and the games they play.

What would you advise western companies to do if they want to sell their games in Korea?

I would advise them to try and make a trend. In Korea, users go along with the trend. If something takes off, everyone will at least try it once.

What are the most successful games now with regards to this specific market?

Lineige M and Lineige Revolution are the two most successful games now.

The focus should be on blockchain rather than cryptocurrency, as without blockchain, cryptocurrency would only be a virtual currency.
I think there’s a large room for game companies to adopt new blockchain based technologies. Just think of all the SDK’s you needed for game development being linked to blockchain tech.
Everyone is jumping to make financial benefits on cryptocurrencies. However, in the near future, it will shift to investing in and creating the best app or services on top of already existing blockchains and its cryptocurrencies.

Is/will it be relevant to the gaming industry?

Do you have any examples of successful ICO’s?

WAX is a successful ICO that is based on games. Opskins is a company that allowed gamers to trade item skins on their network.
They introduced a token called WAX on top of the Ethereum protocol and allowed users to trade virtual goods (skins) using WAX tokens.
It is difficult to say what is successful and what is not. I do know that there is a lot of focus on ICOs around games
It was such a pleasure to this interview with Joony, and to see his view on topics, such as cryptocurrency and the Korean Market.

Thank you Joony, and see you at the on-site judging session!