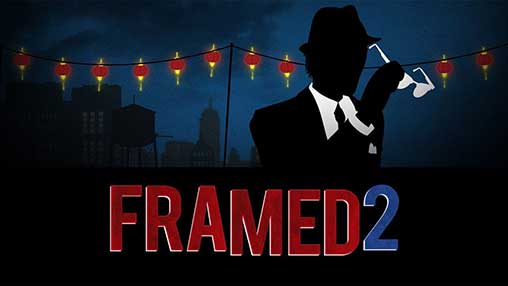 One of the 14th IMGA winners, last March, is Framed 2 by Loveshack Entertainment. They won the Excellence in Gameplay, and we asked Joshua Boggs a few questions. Read on..


What games are you currently playing?

Currently playing through God of War. It’s so good! “Boy!”

How did you get into gaming?

I got into video games pretty young. I remember we had a SNES with Mario and Zelda when I was young. I think I completed my first RPG when I was like 7 (Defender’s of the Oasis) – my Dad got a Sega Game Gear and I played it in the car all the time.

Is gaming both your profession and hobby? If yes, what is it like to combine them?

Definitely. To me, there’s little differentiation. When I’m playing games I’m always simultaneously enjoying the moment as well as internally analyzing why I am enjoying the game.


You won the Excellence in Gameplay award. Was the game its focus also on gameplay?

Framed went through multiple iterations, and the one that eventually stuck was the minimal and pure version. The game is entirely about manipulating sequences of events – so gameplay is its core focus. We tried to experiment with some innovative narrative mechanics for FRAMED 1, however, we did have a limited budget and had to ultimately prune back to what the core of the game was.

What made you decide to put out a second version of the game?

Framed 2 was actually kind of an accident! We were working on DLC for Framed and it was going to be set in China. We loved the setting and location so much that we made far too many scenes. Once we realized this we stepped back and decided to turn it into a full sequel.

What are the main differences for you between both games?

Framed is very experimental with lots of set pieces that communicate feelings and motion. It casts a wide net to show what can be done with this simple mechanic of swapping comic panels. Framed 2 those established mechanics squeezes every inch of gameplay out of it. We don’t expand on the mechanics, we asked ourselves how deep can we make a puzzle with just 3 reusable panels? Framed 1 focuses on breadth and Framed 2 in depth.

Are you content with the outcome and reactions on the game? Since I think it’s hard to put out a second version especially if the first edition was well appreciated

Definitely! It is difficult making a sequel to an innovative game, however, a lot of people have enjoyed Framed 2 just as much as the first which has been great.

What do you think the future holds for gaming in general?

Well, we’ve seen the democratization of storefronts and that has opened the way to a wider audience and more diverse set of game experiences. I think the future will continue to blur the lines around what is a “game”. If I had to make a technological guess, I’d say that at some point in the future (maybe like 10-15 years) it’s inevitable that our consoles will eventually become streaming boxes where all the input and rendering is computed on the server side and each frame is streamed directly to the box.

What advice would you give beginners in this industry?

Always Be Creating. Be humble. Listen to your peers. Don’t burn bridges.
Share this game on