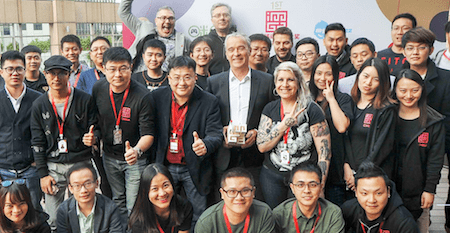 IMGA China is now accepting applications for its second edition, The competition is organized in partnership with MIGU – China Mobile’s digital content entity, and MyGamez, publisher for foreign mobile games in China.

Studios and publishers, mobile and VR game developers based in China are invited to submit their games before 10th November 2017.


The IMGA team and its jury wait impatiently for discovering amazing games made in China. The first edition of IMGA China was a huge success, with 1120 games submitted. We’re counting on you to surpass this number!

The timeline for IMGA China is the following:

Calling all Chinese developers, studios and publishers: stand out, win an award, enter your game now.