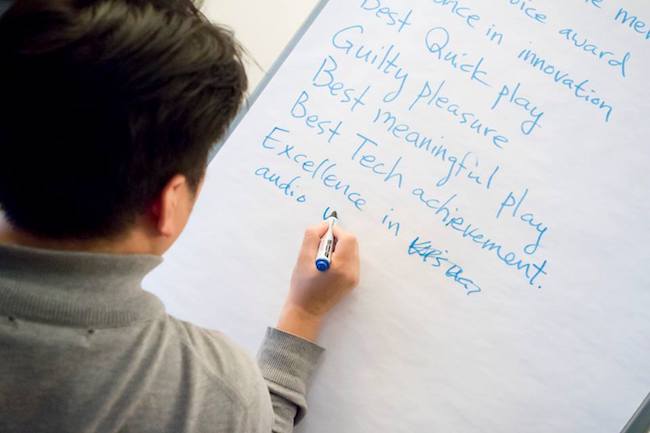 We are happy to announce the jury line up for the 2nd IMGA MENA. The panel is comprised of hand-picked experts from around the world. Our jury members are responsible for selecting and awarding the best mobile games made in the MENA region. They will be judging the 52 nominated games on November 10. And they will also attend the Jordan Gaming Summit as well as the 2nd IMGA MENA Ceremony.


Joony Koo is COO at BiNAREE. He has 10+ years in mobile business and marketing. His experience extend to growing com2us’ global business in Korea HQ and Silicon Valley office. He has a wide experience from handset manufacturing to operator business to content business to data analytics in mobile.


Eli Hodapp has been obsessed with mobile gaming his entire life. Originally starting with Tiger Electronics handhelds, graduating to the original Game Boy, and upgrading to nearly every handheld platform leading up to modern day portables. Eli has been a judge for IMGA for years now. He loves helping developers make better games, and making sure everyone knows about those games. He does a lot of public speaking at various international gaming events.


Paul Topping is a 25 year veteran of the games industry and has developed and published games on PC, console and mobile at companies including Criterion, Codemasters and EA. Most recently he has helped build the phenomenally successful mobile business at NaturalMotion with hits such as Clumsy Ninja, CSR and Dawn of Titans as Head of Corporate and Business development. He’s looking for new studios and individuals to take their live games to the next level and make the next hit.


Georg Broxtermann is Business Development Director and Co-founder of flaregames. He dived into gaming when he founded the games division of ProSiebenSat1, a leading european TV network. In 2008 he launched his first own startup, which later became, in 2011, a central building block for flaregames. Georg also founded GameInfluencer.com in 2016, an influencer marketing agency for the games industry.


Kay Gruenwoldt is currently serving as VP Business Development at GameRefinery, a Finnish company providing feature level analytics and market insights to a number of high profile clients in the mobile game space. With a broad background in the entertainment industry for more than 20 years that includes executive positions in Marketing, Product Marketing, Sales, Design and Development on multiple platforms, Kay contributed to dozens of games, and brings a breadth of experience to his role.