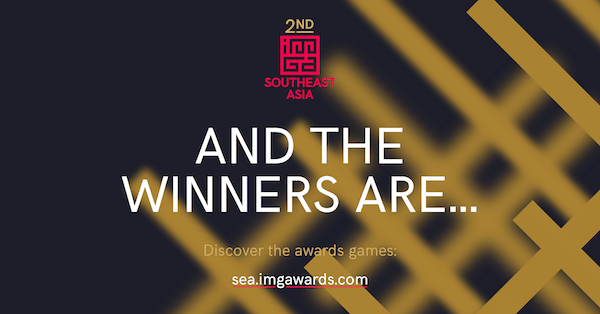 We’re announcing the winners of our second edition in Southeast Asia. A jury of industry’s experts, journalists, and top developers selected 13 titles from a shortlist of 65 nominees.


This year was also special for us because it was the first launch of the SEA Summit, a B2B conference that focuses on two topics in the Southern Asian industry: the business of games and eSports. The conference took place on October 12 and 13, just preceding the ceremony.


The jury of the 2nd IMGA SEA commented: “Generally speaking we are happy to see important improvements in the quality of games created in Southeast Asia and we are hoping to see and award real innovation from the region in the future. The winning games achieved a high level of polish and we expect that to be a standard for games that are released be it from big or small teams. This can avoid early failure in the marketplace, build success and win awards!”.


You can visit the pages of the games: http://sea.imgawards.com/winners-nominees/2nd-imga-southeast-asia/