IMGA → Connect → News → Industry → Liyla and the Shadows of War is Heartbreaking, Based on Real Events

Liyla and the Shadows of War is Heartbreaking, Based on Real Events

On November 12th, the game won the Excellence in Storytelling award at the 1st IMGA MENA. We invited Liyla’s designer, Rasheed Abueideh, to tell us more.


Tell us more about your team.


At the beginning, I didn’t find anyone who wanted to work on this game because it’s “risky,” but luckily I e-met , the game’s animator, and she asked her friend Wedad to join us to do the art and illustrations.

We are a team of three people located in different countries, volunteering to do this game in our free time outside of our full time jobs.


Could you please describe your game?


Liyla and the Shadows of War is a game based on actual events that tells a story of a little girl living in Gaza during the war in 2014. 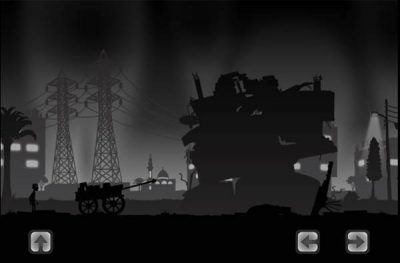 Your game deals with the subject of the war. How did your work on the gameplay to express your own experiences?


One of the hardest things to experience in war is seeing a father carrying the body of their killed child. I tried to share the feelings of hopelessness, fear, anger, regret and sadness in this game.

In the game, you cannot do the things that you are supposed to do — because in real life, you can’t do that during wartime either.  Even what looks like a moral choice is something that you cannot do.

Sometimes the game becomes very slow, like when you have to push the dumpster, and when you have to wait for the drone to go away. This makes players uncomfortable, and just want to see what’s next as fast as you can. But at the same time, it will give them a chance to take a deeper look at the scene and think about it in their subconscious.

In the last scene, players only have one option: let Liyla go with the ambulance. That might seem like a silly thing because they’re only given one choice, but I think this will make the players feel responsible for what happened – even though they are not. In that situation, any father would blame themselves for the rest of their life, even if they did not do anything wrong.

Finally, it’s all about Liyla. She is the one that you need to help. As a player, your target is to keep Liyla safe since you are playing as her father. But you can’t, and this is what makes it a sad experience. This is also the fact in reality, which makes this a heartbreaking experience.


How did you find the right balance between the play side of your game and the seriousness of the subject?


I think the engagement in the game is done by using the element of surprise, and there is always something you did not expect.

Also the mix of different types of gameplay, from platforming to a runner game then to decision making in a short amount of time. A variety of play mechanics help to keep Liyla an engaging experience throughout.


What is the message you want to deliver to your players?


There are two things I want to deliver in this game.

The first thing is about the situation in Palestine. I wanted to share our point of view, and how bad our situation is, which is always ignored by the global media.

The second message is about raising awareness about the effect of war on civilians ; specifically on children.


Any new project coming out in the future?

Not yet, but I’m cooking some ideas.