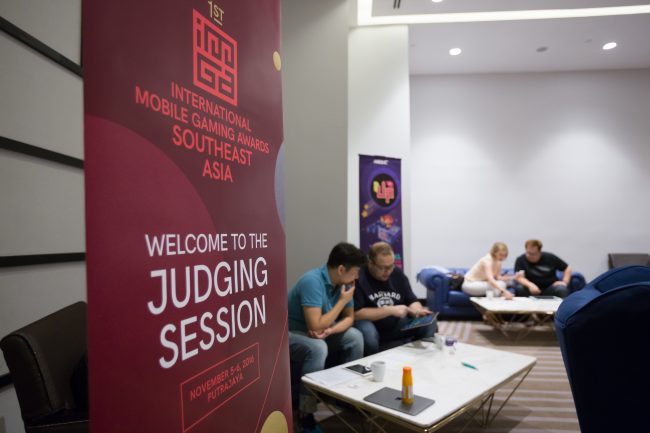 With the online judging session now underway, the IMGA team is preparing for the arrival of the 13th IMGA jury in Marseille on February 6 and 7. This year’s jury is comprised of 15 jury members who will play and evaluate the nominated games (nominees will be announced on February 2). 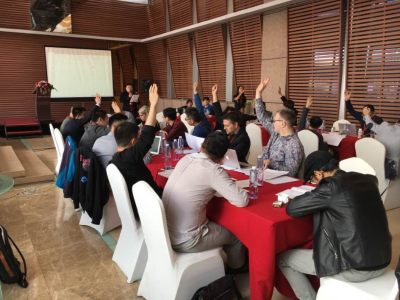 The first day will focus exclusively on playing games. We form groups of two judges, and each group will play the 100 nominated games. During the second day, the judges will debate on the categories and the winners, who will be announced during the 13th IMGA Global ceremony in San Francisco on March 1, 2017.


We are pleased to introduce our 13th IMGA judges:

Christopher Dring, Senior Editor at GamesIndustry.biz, which he joined in 2016 after almost a decade as the editor of UK industry publication MCV.

Eli Hodapp, Editor-in-Chief at TouchArcade, and one of journalism’s leading authorities on mobile gaming.

Jana Palm,  (previously Karlikova) is the General Manager of Stugan, a world-class games accelerator in the middle of the Swedish woods.

Jeff Scott, Independent Editor/Publisher with a passion for mobile games.

Joony Koo, Director of business development at Bigpot Games, which is a mobile arm of Blue Side, a global console and PC online games company based in Korea. Jonny will also be the jury’s chairman this year, and will lead the debates.

Nizar Romdhane, CEO and Co-founder of Virtual Arts Ltd, which is a startup based in Cambridge, UK focused on virtual reality, augmented reality, interactive content, and tech development.

Pawel Miechowski, Senior Writer at 11 Bit Studios, and one of marketing ninjas behind all of 11 Bit’s titles. Pawel started his game industry career in 1996.

Tim Wee Boon, Editor-in-Chief of IndieGames.com, one of the industry’s leading indie games websites, established in 2005.

Timur Haussila, Game Lead at Supercell in Helsinki, Finland. During the past five years, Timur has led the development of Hay Day, Boom Beach and number of unannounced titles.

Will Mason, Co-founder and Editor-in-Chief of Upload VR, the leading news, events and education provider in the VR industry.


We would also thank our sponsors, without whom the IMGA would not be possible:


Euroméditerranée, a joint initiative of the French government and local organizations charged with redeveloping and growing Marseille to such a degree that it becomes recognized as one of Europe’s major cities. This social, economic and cultural development project of national significance launched in 1995, and has been creating a city that is both attractive and influential ever since.

King, one of the biggest companies in the mobile games industry. They have developed more than 200 fun titles, offering games that are enjoyed all around the world. Their hits include Candy Crush Saga, Farm Heroes Saga, Papa Pear Saga, Pet Rescue Saga and Bubble Witch Saga.

Supercell, a mobile game developer studio based in Helsinki, Finland, with offices in San Francisco, Tokyo, Seoul and Beijing. Since its founding in 2010, Supercell has brought four games to the market – Clash of Clans, Hay Day, Boom Beach and Clash Royale.

Rovio, a global company on a mission to create world-class entertainment experiences with games, animation, licensing and other businesses. The company’s games business has developed dozens of titles since its founding as a student project in 2003, including Battle Bay, Nibblers, and (of course) Angry Birds.

TDS, a design company that approaches projects from a total solution point of view, from building new company brands to planning advertisement and promotional events.

Youzu,  Established in 2009, YOUZU Interactive is a global entertainment company specializing in game development and distribution. In June 2014, YOUZU Interactive was officially listed on the capital market, becoming the first domestic A-share gaming company in China.


Stay tuned for the nominees’ announcement on February 2, and pictures from the judging session in Marseille later that month!