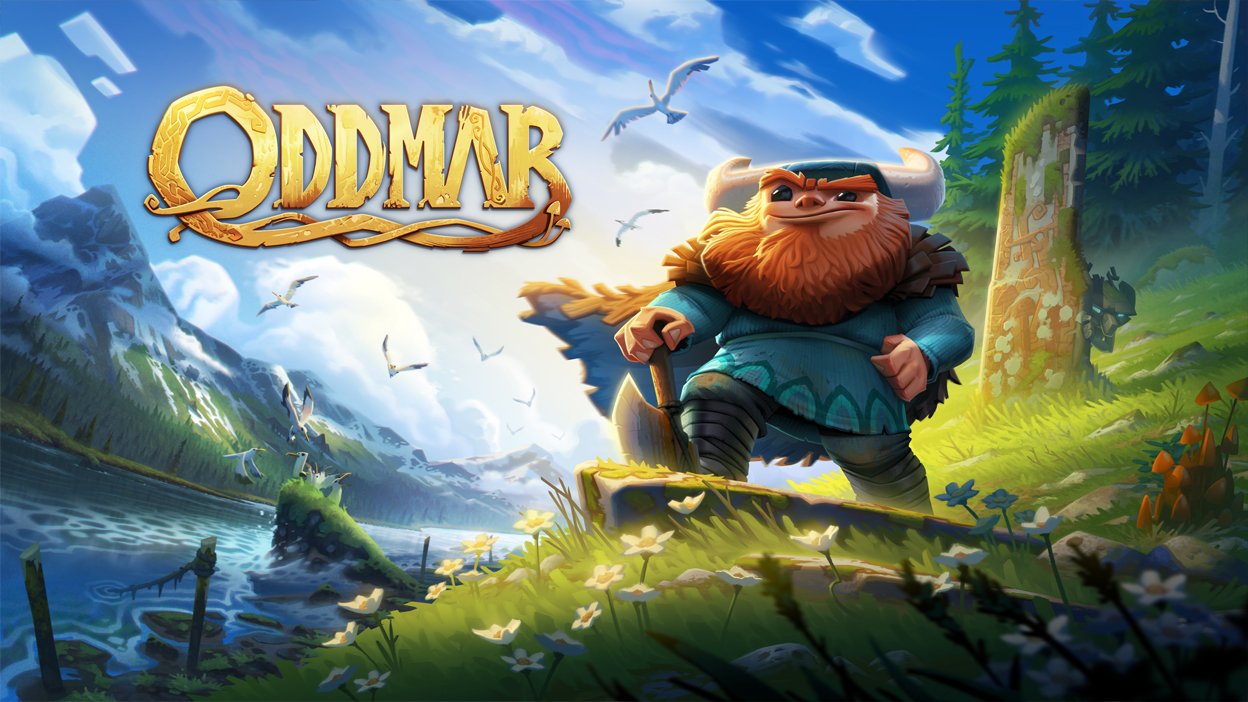 The 15th International Mobile Gaming Awards ceremony is fast approaching! Of course, part of the big event is the exclusive Happy Hour where you can mingle and discover the best mobile games of 2018 as well as upcoming titles.


To give you an idea of who you might bump into at the event, we spoke with Murat Özgen Özkan of MobGe. Their game, Oddmar is one of the 153 games nominated for this global edition.  We’d like to give special thanks to Murat for taking the time to answer our questions!

Tell us about your game. What was the inspiration behind Oddmar?


Oddmar is an action adventure platformer with challenging gameplay, epic story, and great hand-drawn art and animation. The main inspiration behind Oddmar comes from our love for Norse mythology and our passion for challenging platformers.


As a team, we were watching Vikings on the History channel all together on a Sunday night. We were enjoying the series, and while we were trying some art prototypes, Volkan came up with a very early drawing of the Viking character and mushroom. And that character became our protagonist Oddmar.

How is your game different from others from the same genre?


The main difference is our approach to mobile games. We wanted this game to be a premium product, and for that, we spend four years in development. We design the game with no microtransactions, no ads, no energy systems, nothing to break your game flow and hinder your enjoyment.


Oddmar offers variety on every aspect of the game, art, level design and characters. Every level gives players a new challenge, new mechanics. On one level you’ll find yourself jumping through platforms, and on another one, you are riding a friendly boar and overcoming obstacles. As a team we are obsessed about details, so we meticulously handcrafted all of our levels.

Also, we fundamentally believe that a game must be designed specifically for the design approach of the platform. So we made sure that our game would play well on all mobile devices and platforms. We created control schemes that feel tight on every device with different sizes. This was made to ensure the game was fun on both devices with small or big screens.


What part of the developing process did you and your team enjoy most in making Oddmar?

All of it! We did all of the programming, concepts, level art, level designs, storyboards, animated cutscenes within our core team. With only four people working on a game and with this much work on the line, you need to be a tight team. We went hiking, camping regularly. At some point in the development, we moved our office to a summer house in a coastal region for three months to work on our game and blow off some steam at the same time. Also working with freelancers and outsourcing partners went smooth and we enjoyed every minute of it!


What were some of the challenges your team faced during game development?

We’ve never developed a game before Oddmar. We’ve worked on some small projects internally, but they’ve never taken off. We set our sights high with our first game, and with a small team consists of four people, this was hard.


More on the technical side, we’ve always wanted our game to run with a stable 60 FPS. Nowadays mobile devices have the horsepower to run Oddmar with locked 60 FPS, but when we started our development, only a handful of devices could do that. So we made a lot of optimizations for our game.

And there was the testing part. We didn’t have the budget to outsource the testing, so we opened our offices to our fellow friends and gamers to test our game. We needed both core and casual gamers to check out our game and give us feedback. We couldn’t get enough data because our test groups are not that big.


For this game, you collaborated with Julian Casey, Frank Gibson, and Pär Svensson! Could you tell us more about your decision to work with them? How have their individual talents and expertise influenced the development of Oddmar?


We wanted our game to have polish similar to AAA games. So we started to search for talent willing to work with a small, at that time unknown, company to create something unusual.


Julian Casey is one of the greatest voice actors of our time, and when we first heard his narration of our story, the rest is history. He brought so much to the story with his narration, and we can’t imagine what would our game become without his voice.


As a team, we are fans of Frank Gibson’s work on” The Amazing World of Gumball” series. So when he got on board with us, we knew he’d write a story that is fun, heartwarming and epic. And we weren’t wrong.


Oddmar has a Scandinavian mythology inspired story, so Pär Svensson was the perfect fit for composing music. He is a Berklee College of Music alumni and has a background Swedish Folk Music. Pär understood what the game needs perfectly and brought a new life to our world. He used some traditional instruments we have never heard of, like  Nyckelharpa (it has 16 strings and 37 keys, it’s a very hard to master instrument). To this day, we still listen to his work on Oddmar regularly in our office.

What’s next for Oddmar? Any major updates to the game we can expect soon?


Right now our priority is to release Oddmar on new platforms, like Switch, PC, etc. Also, we have plans for some content updates and maybe a new story for Oddmar. But these are still on the planning stages, so we don’t have solid release dates for these content updates. You can check our social media pages for news and updates.


With such a passionate team behind Oddmar, it’s no wonder they were nominated! The IMGA is proud to have so many nominees who share the same passion for making games. If you would like to meet the people behind the best games of 2018 register for your tickets to the awarding ceremony!