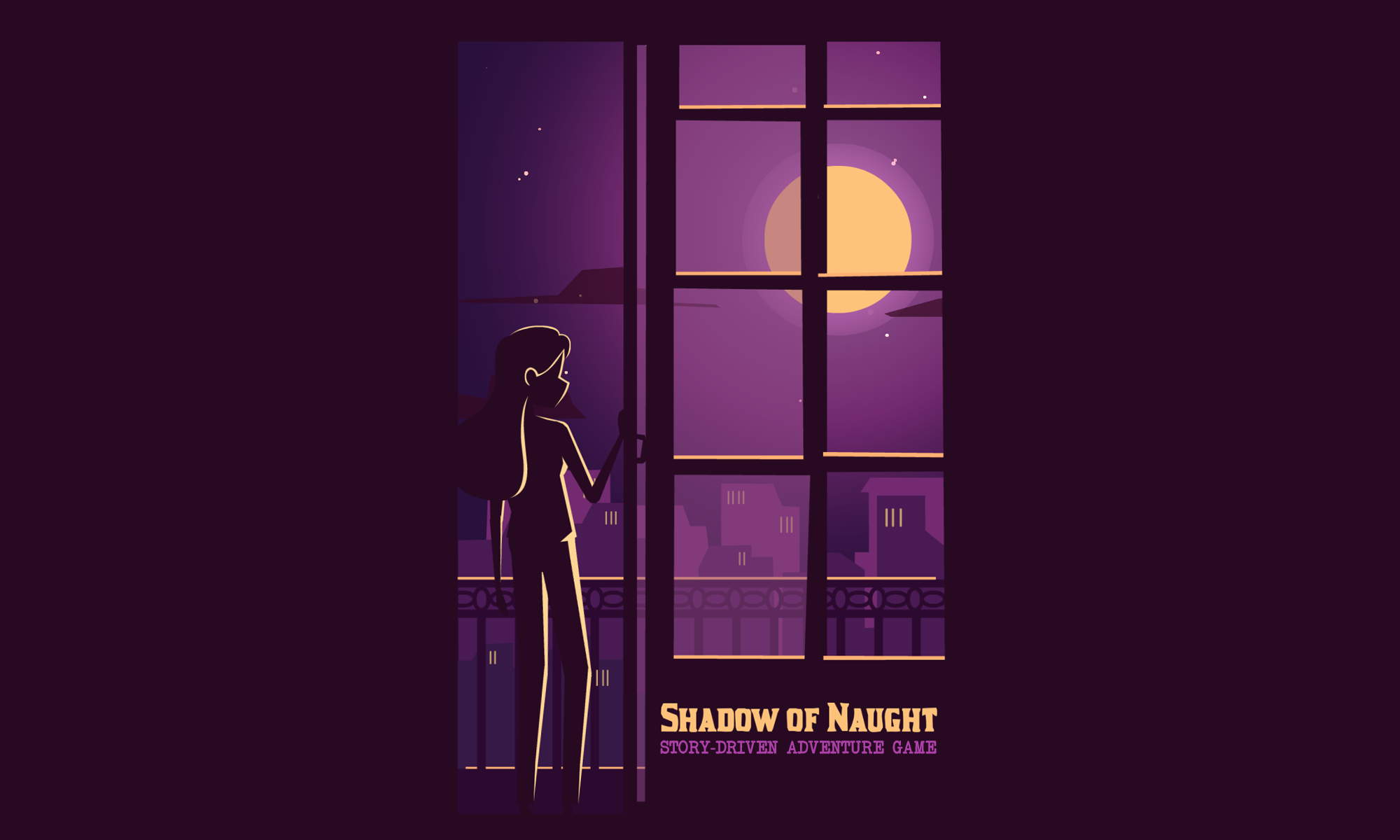 During the 4th IMGA MENA, Taawoos Studios competed with their game, “Shadow of Naught“. They went on to win the Grand Prix as well as 3 awards in different categories: Best Upcoming Game, Excellence in Storytelling and Best Meaningful Play.


Having won so many awards in the same competition, we wanted to get to know more about the team behind Shadow of Naught. The game is a story-driven adventure that touches on an important social issue: suicide. With such a sensitive topic, one might worry about how audiences will react. We asked Taawoos Studios game designer and programmer, Hassan Golshan his thoughts.


Hassan: It is truly our honor to win 4 awards, one of which is the Grand Prix! Thanks be to God!


The artist of this game is Mrs. Somayeh Yazdanpanah. Homayoon Nasiri worked on animations and screenplay. Thanks to Navid Yasrebi for producing the music and Mohammadreza Keshavarz for translating the game. And I’ve done the remaining things like scenarios, storyboard, programming and game design.


Q: How did you all end up working in games? Could you briefly tell us how you ended up creating Taawoos Studios? And what does Taawoos mean?
We would like to get to know you a little bit better.


Hassan: My career had been graphic design and multimedia since 2007. I entered the game industry in 2010. However, none of this has anything to do with my BSc in Mechanical Engineering and my MBA!


Mrs. Yazdanpanah came from the animation industry. She has been a visual art developer for many animations and game projects before she joined the team.


Homayoon is a student in the field of Movie Directing. He has tremendous motivation and talent for creating exciting stories and animations.


And as far as I am concerned: six months ago I was an employee in a game company. Along with my work, I also worked on Shadow of Naught. When it got more serious and we hoped we could succeed, I quit my job and put all my time in it. Many thanks to my wife for helping me with this.


Taawoos is the name of the team which is working on Shadow of Naught ^_^ The word Tawus is an Arabic word, I presume, meaning Peacock.


Hassan: Previously in 2016, I had created a rough prototype of the idea overnight. And yes, AdventureJam2017 was a good opportunity to kick off this idea. The best part of it actually was the feedback we received from users who organically recorded videos and shared their experience on youtube. In fact, this was the most motivating thing for me to make a fuller version of the game.


Q: Storytelling has become quite a trend in mobile, since the Telltale games. Can you mention some of the games that inspired you most? Like Florence? This War of Mine?


Hassan: Actually, movie posters inspired me! Especially those of the ’80s and ’90s.


You know, posters are very good at storytelling. Every poster tells a very minimal story. In Shadow of Naught, we have made the posters interactive and put them together in a way that tells a single story.


Stories play a big role in conveying concepts, feelings, and knowledge. Whether they are based on reality or they are imaginary. I remember my first illustrated story, which I wrote and painted when I was 8 years old, to tell my parents how important they are to me! I love stories, especially when they become interactive. Florence is really a nice one, This War of Mine, too. I really like Amanita Design’s products. Samorost 3, Machinarium, Botanicula… all of them are great. I also like story-driven games by Double Fine. Broken Age was excellent, and I’m eager to play Knights and Bikes.


Q: Your game touches upon a very serious subject: suicide. Aren’t you afraid of negative reactions? Giving players the wrong idea? Or even worse: inspiring players to commit suicide?


Hassan: Yes, of course, we are concerned about the impact of our game on the audience. But not as a way to silence all the sensitive issues and cover them up. Like it or not, suicide is one of the choices people make today and that humanity has to deal with, in modern society.


However, Shadow of Naught is not an educational game at all. Neither does it intend to promote a subject, nor to judge. It is a story we like to tell you. 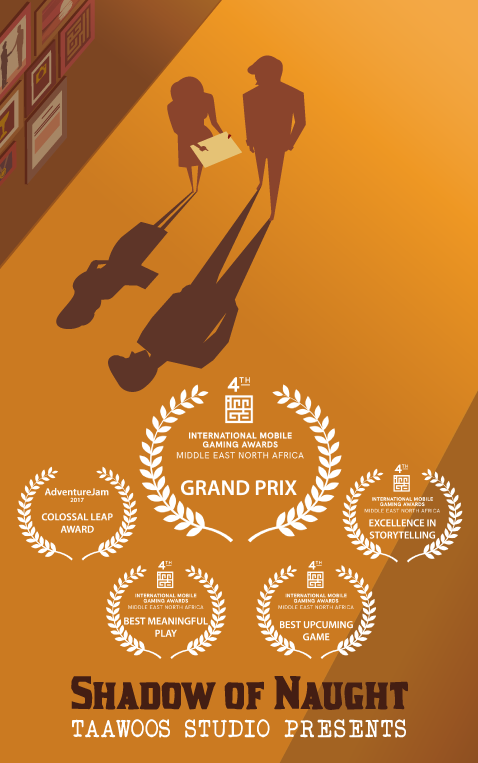 Q: Now that you start winning Awards, what is your plan? Find a publisher? Self Publishing? When do you think the game will come out on iOS and Android?


Hassan: We are negotiating with some publishers. Shadow of Naught is an innovative adventure game, with no clear solution for being released in freemium model. Given all this, it seems that finding a good publisher for such a product is not easy, even after winning some international awards!


Self-publishing is also a way, but I think it will be a difficult path for us. We are all game producers and have no experience in publishing and selling.


There is no exact release date at the time. It is possible that a publisher wants a longer gameplay, and it is also possible to find an investor for the game.


Q: There are many talented game developers and artists in your country. How can you explain this?


Hassan: Um… I really don’t know why! I think more important than understanding how this happened is to put these talented people on the path of growth. I hope that these talents will open their way to success with more effort and perseverance.


Q: What are the main challenges for Iranian developers today, with all the politics going on? A lot of our readers are curious to know what it is like to be making games in Iran right now. Can you share some information with us?


Hassan: Our challenges in Iran are not much different from the rest of the world. Knowledge, experience, professional human resource, the culture of consumption and technical infrastructure to produce and publish games are issues that we need to improve.


Perhaps one of the serious problems with the game industry of Iran is that there are very few large companies. The successes to the date, have been made by individuals or small teams. I would love to see a day when powerful people work together for global successes.


Q: How do you see the future for your company? What is your next game going to be?


Hassan: Right now we have a busy time producing and publishing Shadow of Naught. I can only promise that it is not our last game!


Thank you and all the people who tried to hold 4th IMGA MENA. Having such an international festival is a great incentive for game producers. 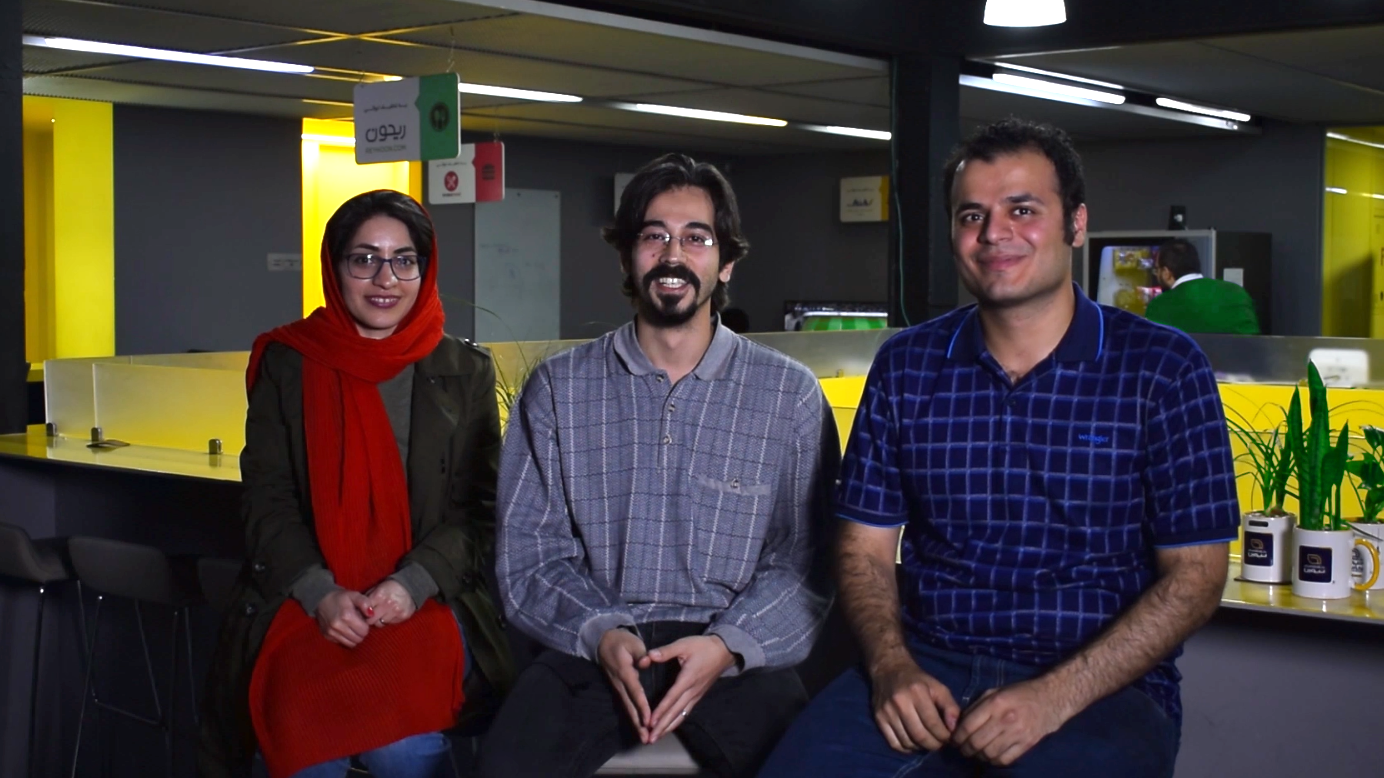 We would like to thank Taawoos Studios and Hassan Golshan for taking the time to answer our questions.


If you’re suffering from mental health-related issues or know someone who is, please continue fighting. Your story isn’t over yet.

List of International Suicide Prevention Hotline Numbers (outside US)