Announcing the 1st edition of the Women in Games Mobile Awards 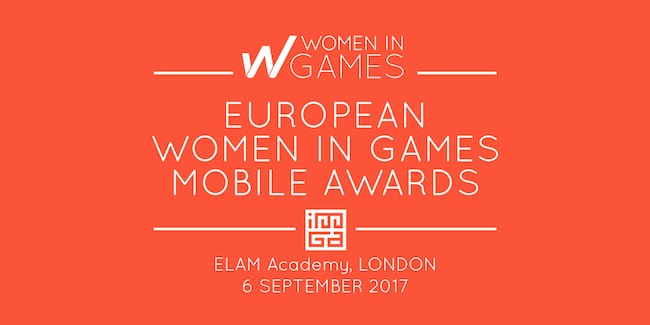 Women in Games has just announced new Mobile Games Awards endorsed by the IMGA for September 6th at the European Women in Games Conference.


Women in Games, the not for profit, games industry diversity organisation, is pleased to announce the first edition of the Women in Games Mobile Awards which will showcase some of the best, published mobile games created by teams with women developers in Europe. This new competition is endorsed by the IMGA .

The Grand Prix award will go to the best mobile game made by a team including women developers or a team led by a woman. The Leadership Award will recognise the exceptional quality of the work of a mobile game developer, as defined by a jury, specifically selected for this contest.

The awards show will be held during the European Women in Games Conference in London on September 6th.

Marie-Claire Isaaman CEO of Women in Games said, “We welcome our partnership with the IMGA to put on awards that showcase mobile games made by teams with a significant contribution from women game developers. The IMGA have the longest standing mobile games award programme and we want to promote the entries for the IMGA MENA, IMGA SEA and IMGA Global competitions as well as our own Mobile Games Awards. The IMGA are also looking for more diverse jury members for their awards and we will be asking our members to sign up to be online judges.”

Maarten Noyons CEO of International Mobile Gaming Awards said, “We are honoured to be part of the Women in Games Mobile Awards. IMGA has always strived to promote diversity and maintain gender equality among its jury and participants. We look forward to discovering and awarding the best games produced by women!“

Entries for the Women in Games Mobile Awards are open from today until August 20th. Applications need to be mailed to mobileawards@womeningames.org with: