10 Most Anticipated Southeast Asian Games in 2018 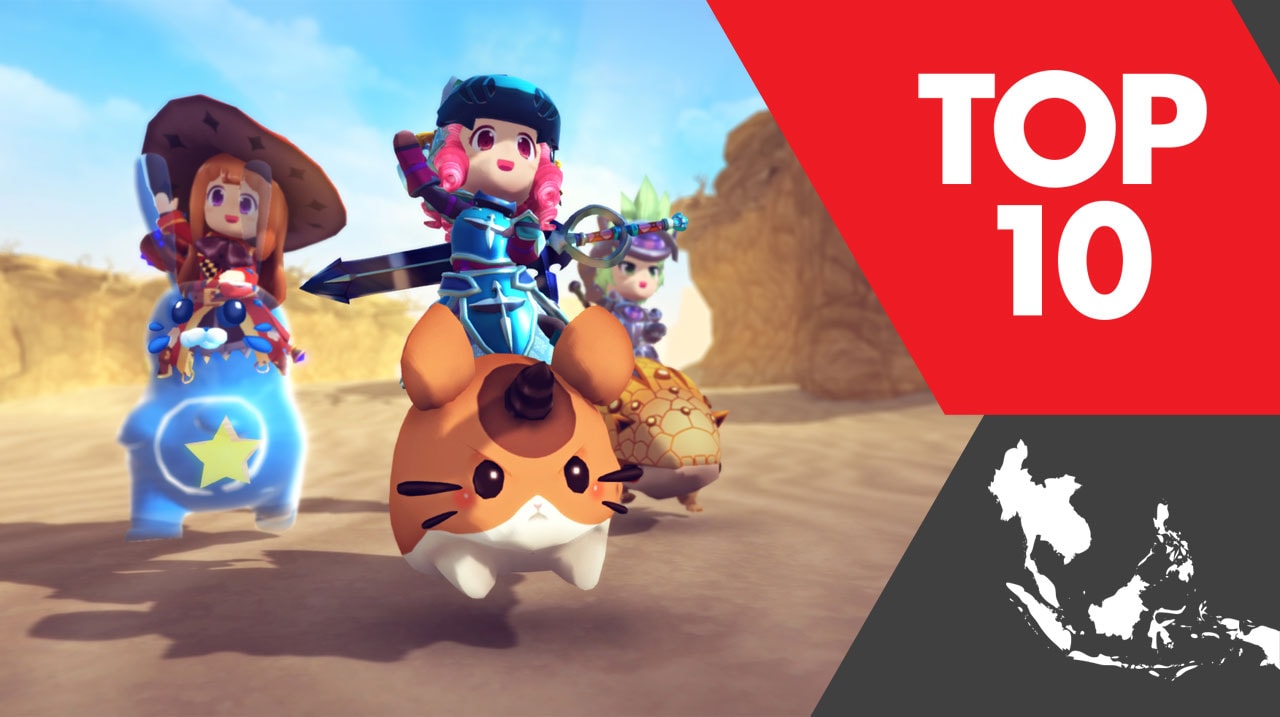 Among great games, these are the most anticipated games from Southeast Asia that are planned to be released in 2018.


As an emerging market, Southeast Asia has not only a huge number of gamers but also many talents to create many potential games in the future.

In this article, Game Prime will share 10 most anticipated games from Southeast Asia that planned to be released in 2018. This list consists of games from all platforms, ranging from mobile, PC, to console and VR.

When we talk about the most promising game from Southeast Asia, RE: Legend must be placed on the top list. In case you missed the news, Re: Legend currently holds a record as the highest funded project on Kickstarter from Southeast Asia with the US $630,700 from more than 7,000 backers.

Re: Legend is a monster raising focused RPG with features such as farming, fishing, crafting, village building, multiplayer and more. They try to combine the best part of monster breeding games like Monster Rancher, with simulation game like Harvest Moon and Rune Factory.

There’s no doubt that Infectonator is one of the most popular IPs from Indonesian developers. So everybody was very excited when Toge Productions announced that they are making the sequel Infectonator 3: Apocalypse. Similar to the previous version, in this game, you should spread an infectious virus that can kill human and turn them into zombies.

In this sequel, you have more zombies with different skills to unleash, and also you can experiment to create a unique one! With great additions such as more zombie types to unleash, improved graphics and customization options, this game is surely a must to play if you are the Infectonator‘s die-hard fans.

Unfortunately, this game still has no release window. But you can expect to play this game sometimes around early 2018. You can read more about this game through our first impression article here.

Project Xandata is a skill-based competitive, first-person shooter by veteran Filipino developer, Secret 6. If you like to play FPS game like Counter-Strike and Overwatch, imagine the combination of both games’ best parts. That’s Project Xandata. Because it’s a competitive FPS, it has a potential to be an eSport game also.

This game offers a futuristic theme inspired by Philippines mythology. And also, this game offers varies of futuristic melee and ranged weapons. You can also customize each of the characters to suit your playing style.

There’s no release window for this game. But this game has already been in the development progress since 2015 and if we see the Steam page, Secret 6 will release this game in Q3 2018.

It’s difficult to not admire My Lovely Daughter. It has a great story and also nice hand-drawn arts that will remind you of an old journal. This dark-theme simulation game tells a story about a father who wants to revive his deceased daughter. But to revive his deceased daughter, he must do some very controversial rituals, using magic to give lives to some inanimate objects.

The visual art-style really matches the dark and old fantasy theme making this game engaging. So it is little wonder that this game successfully grabbed Best Visual Arts award from SEA Game Awards 2017 in Level Up KL 2017 last month.

The game is developed by GameChanger Studio from Tangerang and is also one of the games that will be published by Toge Productions sometime in 2018.

If we talk about VR games development in Southeast Asia, Stifled should be on top of our mind. This game got credits because it implements an innovative mechanic that uses players’ voice. Stifled makes use of your voice (and also the voice from your character’s movement) for the gameplay and helps you solve the puzzle.

Louder the sound, easier for you to solve the puzzle. But you must be careful because your loud voice can also attract your enemy to come closer. This game is more terrifying than other horror/thriller game because of the VR technology!

This unique and innovative gameplay attracts Sony to bring this game to PlayStation VR along with PC via Steam. But still, no release date is confirmed for this game although Gattai Games ever said that Stifled will be released at the end of 2017.

This game has a simple objective. You just press the space button when music plays the 7th beat. At first, you might think “that’s very easy”. But the longer you play, the more real the challenges become. It’s not as simple as pressing the space at the 7th beat. There will be a lot of signal interferences that will prevent you from hitting the right beat.

This game has a nice audio, including the signal interferences. With its unique sound, this game successfully grabbed the Best Audio Award in the SEA Game Award 2017 last month in Level Up KL 2017. If you’re curious about the game, the developer already released a free demo that you can download for free through a link below.

Eximius is an FPS/RTS hybrid that focuses on squad-based combat. The game features an intense 5v5 multiplayer experience with one player on each team leading as a commander. As a commander, he can see everything that happens on the battlefield and can give support to other teammates who involves in the battle.

If you choose to play as the commander, you should do some things like building a base, training infantry squad, and assisting them to players. You can also command vehicle, air support, and acquire powerful abilities. The main purpose of your tasks is to support your team to win the battle against the enemy.

Other players who don’t choose to be the commander will join the frontline army. You should kill the enemy’s team and finish your objective to claim the victory.

BattleSky Brigade is created by BattleBrew Productions, a brand new game studio consisting of Singaporean industry veterans. This is a real-time strategy game which blends defend and raid elements with the drama of interdependent connected territories.

One of the main features of BattleSky Brigade is the social aspect. You can combine forces with your buddies to defend against other players. Then, you can also join a guild and aid in its growth by attacking other Wyldes (territory) and sharing the spoils.

The other social aspect of the game is the valuable resource in form of Melons. There are five types of Melon, and each structure that you must build requires different combinations of them. If you fight alone, you can only hold a limited amount of this. So, you must team up and trade with your friend to speed up your building progress.

Because it is mostly inspired by 90’s JRPGs, Legrand Legacy has a similar gameplay in which it is a turn-based with quick time event element described by its developers as ACT (Action Circle Tempo). In ACT, you have to act by pressing a button at the right time and your timing plays a role in how much damage you deliver. The better your timing is, the more damage you will deliver and the higher chance you won’t miss.

Recently, Legrand Legacy successfully grabbed an award in Game Development World Championship 2017. SEMISOFT has already announced the release date for this game, which is 24 January 2017 for PC and later on Xbox One, PS4, and Nintendo Switch.

Umiro is a mobile 2D puzzle-action game set in a stylized world. The game utilizes a unique drawing mechanic that allows players to plan and guide the characters Huey and Satura across beautiful but dangerous landscapes as they embark on a journey. You must help Satura regain her memories while recoloring their world.

This game has a simple gameplay. You only “draw” a path using your finger, and your character will follow the line. You also should pay attention to the obstacles, and make sure that your line stays clear from them.

Previously, Umiro was known as Recolor (then change the name to Noiro), a game which started out as a game prototype in SUTD Game Lab’s Game Innovation Programme back in 2015. This game has also been nominated for some international awards such as Indie Prize Casual Connect 2016 and 2017.